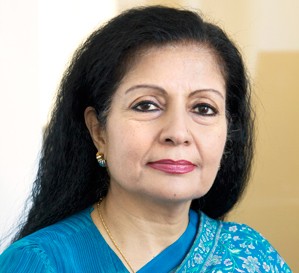 Last year, as rebels captured the main towns in Northern Mali, UN Women registered a sudden and dramatic increase of rapes in the first week of the takeover of Gao and Kidal, places where most women never report this kind of violence to anyone, not even health practitioners. We heard stories of girls as young as 12 being taken from their homes to military camps, gang-raped for days and subsequently abandoned; of surgery and delivery rooms invaded by armed men enforcing dress codes and occupying health facilities; of young women being punished, flogged, and tortured for bearing children outside of marriage.

This week, the United Nations Security Council heard reports of similar atrocities from other parts of the globe, and adopted its fourth resolution in only five years exclusively devoted to the issue of sexual violence in armed conflict. The world body in charge of the maintenance of international peace and security now routinely addresses a crime that was until recently invisible, ignored, or dismissed as an inevitable consequence of war. And this is not the only policy gain achieved in the last few months to turn violence against women from a pandemic into an aberration.

In March, the Commission on the Status of Women, the principal global policy-making body dedicated to furthering the rights of women, reached a historic agreement on violence against women. This forward-looking declaration commits member states to actions that were never before so explicitly articulated in international documents, including in conflict and post-conflict situations. In April, a new Arms Trade Treaty was adopted by the UN General Assembly, requiring exporting state parties to consider the risks of arms being used “to commit or facilitate serious acts of gender-based violence or violence against women.” That same month, the Special Representative of the Secretary-General on Sexual Violence in Conflict named and shamed perpetrators of this crime in her annual report to the Security Council. In addition, the world’s eight richest nations reached a historic agreement to work together to end sexual violence in conflict. Under the presidency of the United Kingdom, the G8 agreed on six major steps to tackle impunity and pledged over $35 million in new funding.

This sample of policy developments parallels rising demands to advance women’s empowerment and gender equality, and to say no to violence against women. This year began with mass protests in every major city in India in the wake of a brutal gang rape in Delhi, echoed later in public revolts against sexual assault in Brazil, South Africa and other countries. Such levels of global popular mobilisation in the wake of individual incidents of violence against women have not been seen before.

More strikingly, this is happening at a time when rising fundamentalism, widespread austerity, and continued militarism threaten to roll back women’s rights and push aside gender equality demands. Today women’s rights activists have to risk their lives to denounce rape in Mali, refugees fleeing Syria are experiencing forced and early marriage in refugee communities in neighbouring countries, and revolting attacks are being carried out against girls that simply want an education in Afghanistan or Pakistan. The facts about what the World Health Organization has recently called “a global health problem of epidemic proportions” remain basically unchanged. More than a third of all women and girls, in countries rich or poor and in peace or at war, will experience violence in their lifetimes, the overwhelming majority of them at the hands of their intimate partner.

The latest resolution of the Security Council, along with other recent policy gains, is a sign of progress. Now their inspiring words must be turned into action by investing in women’s empowerment and leadership as the most effective prevention strategy to end violence against women. It is no coincidence that the majority of advances in recent international jurisprudence on war crimes against women have come from trailblazing women at the helm of international courts or leading international prosecutions. By the same token, laws and police action are not enough to help a battered woman escape an abusive situation and restart her life: only equality between the sexes will turn the tide to prevent and end violence against women and girls.

These positive steps must be built upon through decisive action by national governments. They must ensure that violence against women and girls does not happen in the first place, but in the event that it does, provide a swift and appropriate response, including effective access to justice. It requires strong international cooperation, among multilateral and regional entities, including UN Women, to empower women and girls and put an end to the atrocities. And it requires strong efforts by civil society organizations and the global women’s movement to remind both national governments and international organizations that words are not enough, a few actions are not enough, and that we must aim high and keep on moving forward.