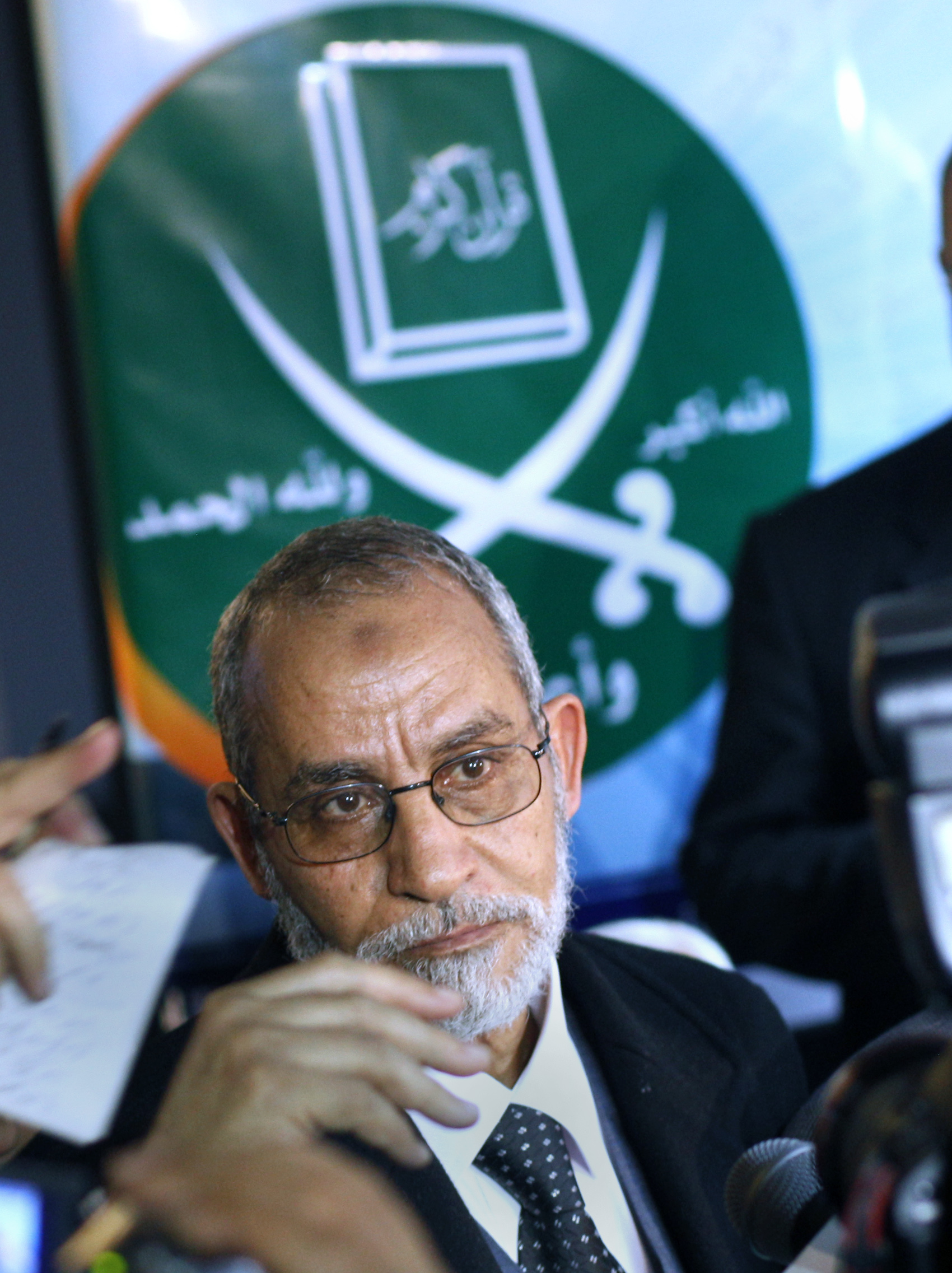 The supreme guide of the Muslim Brotherhood Mohamed Badie has been arrested, according to the Associated Press. The Prosecutor General’s office issued arrest warrants on Thursday for the arrest of Badie and Deputy Supreme Guide Khairat El-Shater.

The two leading Brotherhood figures, according to state-owned MENA, are charged with the killing of peaceful protesters in Moqattam, where the group’s headquarters are located.

The 15 were reportedly detained for insulting the judiciary.

Al-Ahram reported that security services were working to arrest approximately 300 members of the Brotherhood across the country.

“Muslim Brotherhood members have not been arrested unless they were deemed to have broken the law,” said Colonel Ahmed Ali, a spokesman for the armed forces.