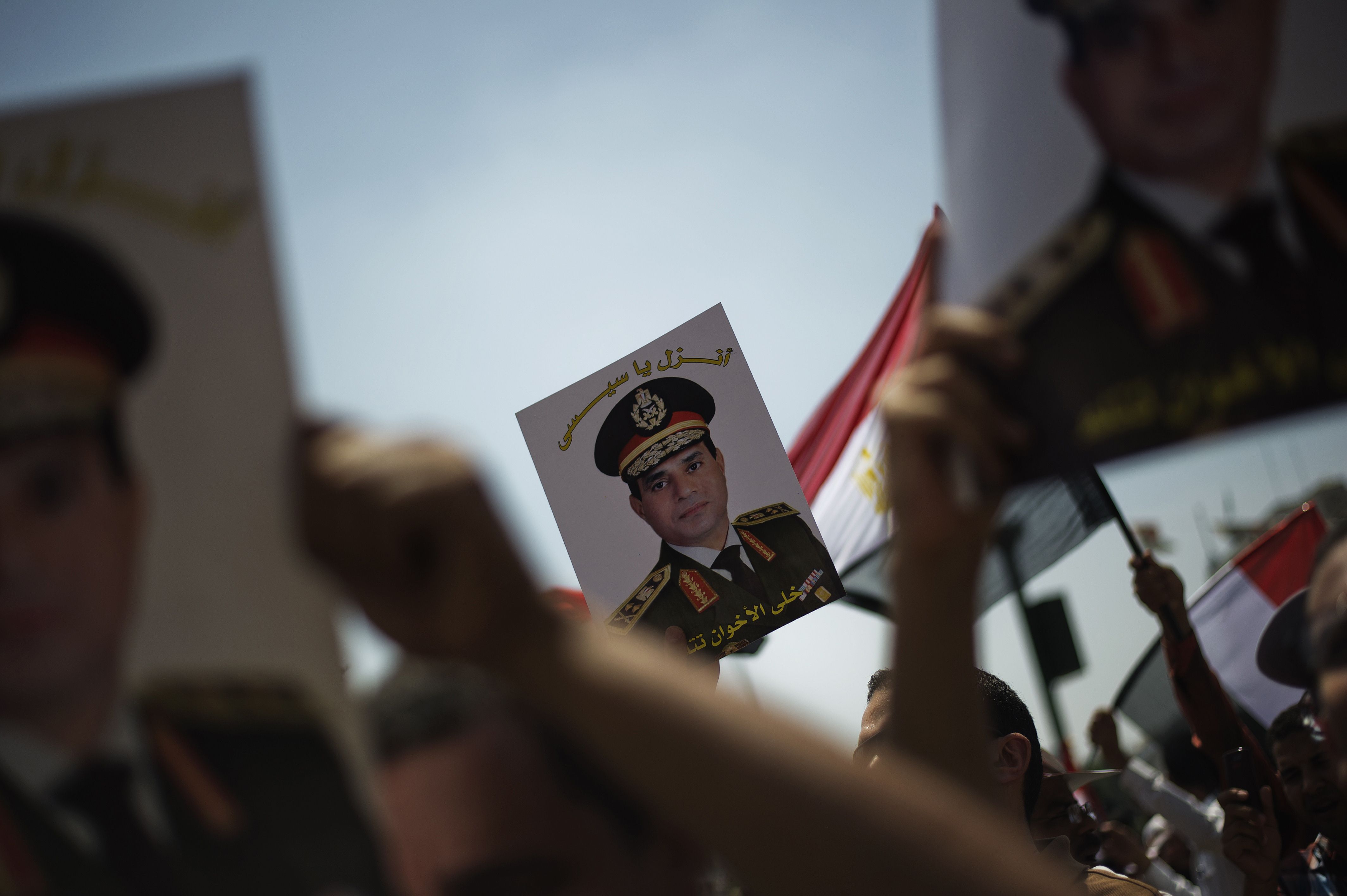 There is no truth whatsoever to reports of pressure within the military on Defence Minister Abdul Fatah Al-Sisi, army spokesman Ahmed Ali said in one of several statements on Friday.

Ali was responding to circulating reports that the commanders of field armies had been pressuring Al-Sisi to withdraw the roadmap he announced on 3 July. “These rumours come as part of a… systematic information warfare” campaign directed at the military, said Ali.

The roadmap laid out during Al-Sisi’s Wednesday announcement stated that early presidential elections would be held, the constitution would be temporarily suspended and the head of the Supreme Constitutional Court, Adly Mansour, would be sworn in as interim president. Mansour took the oath-of-office on Thursday morning.

The plan was strongly opposed by former President Mohamed Morsi’s supporters, who took to the streets nationwide on Friday to voice their rejection of his removal from power.

Ali also denied in separate statement on Friday, that the military had called on people not to take part in protests, saying such reports were circulated on social media and attributed to an anonymous military source. “The right to peaceful protest and freedom of expression is guaranteed to everyone and protected by the armed forces,” he said.

The military vowed to protect peaceful protesters but warned that any provocative action would be dealt with according to the law.

Ali said in a third statement that there is “no truth whatsoever” to claims that the military is carrying out a campaign of targeted political arrests against anyone in Egypt. “We call on everyone to investigate the accuracy of this information and be careful when circulating any information or news about the armed forces,” he said, adding that the information in question is being “promoted internationally and used to achieve political gains to distort the status of freedoms in Egypt.”

He added that anyone with questions about arrests can go to the public prosecution, what he called “the only entrusted entity when it comes to arrests.”