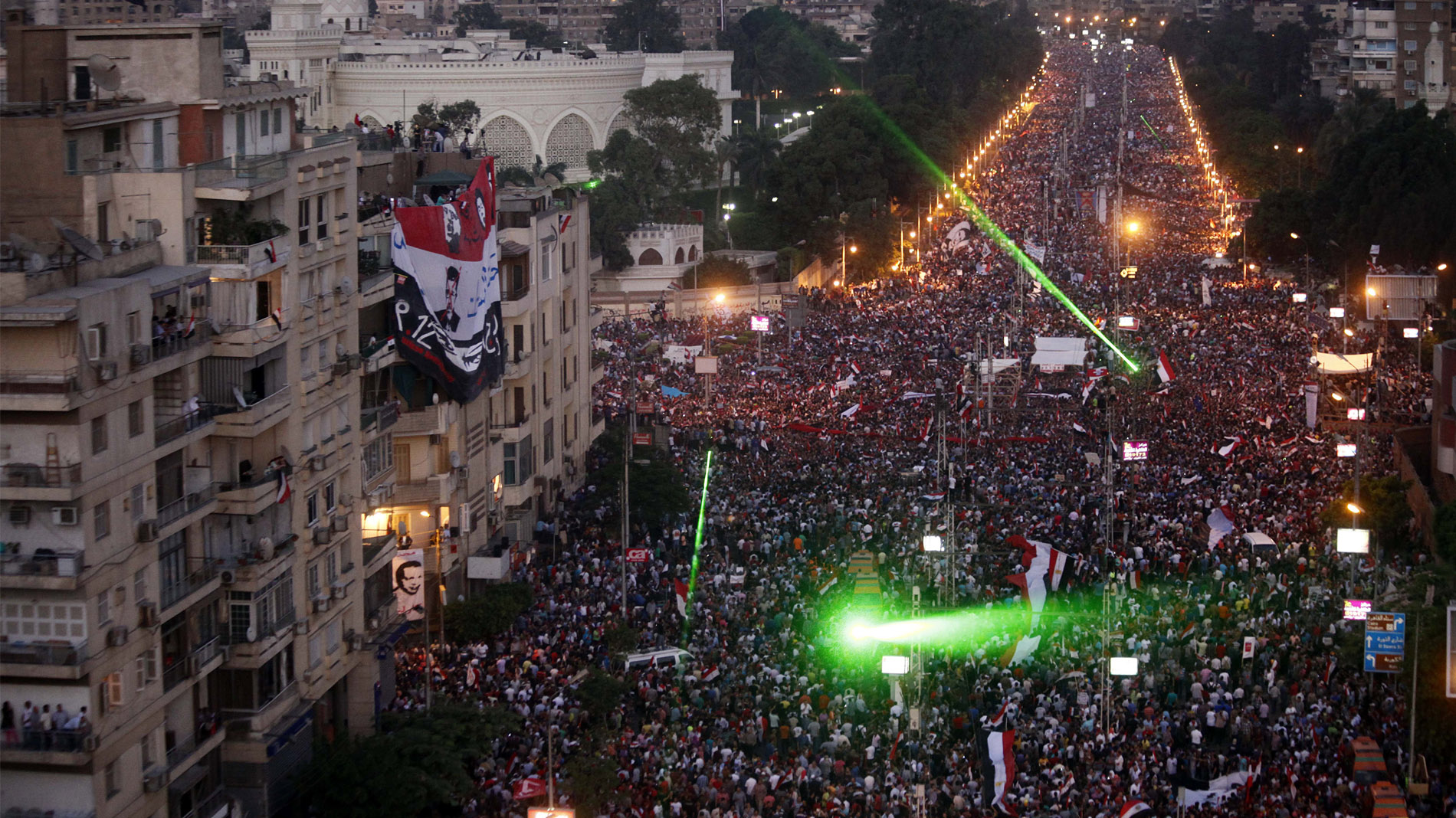 US aid to Egypt is “worthless” compared to the country’s GDP of $325bn, Ahmed El-Naggar, an economic expert at the Ahram Center for Political and Strategic Studies told the Daily News Egypt.

A few hours after Egypt’s military deposed former president Mohamed Morsi following massive nationwide protests, the Obama administration began to review the impact the ousting would have on the legality of $1.5bn in annual aid.

The removal of Morsi from office has raised concerns about whether the US will halt aid to Egypt on the grounds that it could be considered a “military coup.”

US assistance to the country includes $1.3bn in military aid and $250m in economic aid, so the US aid is only 0.4% of the GDP, El-Naggar explained. “Any Egyptian government should thank the US government for all this aid, and refuse them as the number is dodgy,” El-Naggar said.

According to the World Bank, Egypt’s GDP,  based on its 2010 purchasing power, was valued at $500bn, making US aid “insignificant overall” El-Naggar said.

He further noted that if Egypt chose to suspend the energy subsidies offered to American companies operating in the country as well as some local companies (which together cost state $80bn), the aid would be unnecessary. “The aid is only 8% of the energy support which Egypt offers,” he said.

Many of the US firms in Egypt are involved in the energy sector. Oil and natural gas production in Egypt provide energy for export to the US in addition to lucrative investment opportunities for American companies.

Other observers have called for suspending US aid to the country before in 2012. However, some economic experts, especially in the US, fear that discontinuing economic aid will result in the loss of influence in the region.

El-Naggar argued that there can be trade based on justice, equality and trade liberalisation between the two parties which will allow Egypt to export commodities to the US with fewer conditions imposed.

However, this trade alternative was turned down by the US which stipulated the involvement of Israel in such an agreement “which is disrespectful to Egypt,” El-Naggar said.

Egypt and the US have shared strong economic ties for decades. One fifth of Egypt’s imports are from the US, while the US is also an important destination for Egyptian exports.

US aid to Egypt goes back to the Camp David agreement, which mandates that Egypt receives an annual fixed amount of aid from the US, after the signing of the Egyptian-Israeli peace treaty in 1979. Jimmy Carter, the US president at the time, announced that economic and military aid would be provided to both Egypt and Israel to maintain peace in the region. US aid to Egypt amounts to 57% of the total national inflow from international donors and grants.

Under US federal law, humanitarian aid must be discontinued if “the government of any country whose duly elected head of government is deposed by military coup d’état.” In the past, the U.S. has cut off aid to Mauritania, Mali, Madagascar and Pakistan following coups.

The US has repeatedly threatened to cut off its funding of the Egyptian government in attempts to pressure the recipient government to adopt certain policies. During the January 25th Revolution, for example, the Obama administration warned the deposed president Hosni Mubarak that it would cut off aid in response to Mubarak’s excessive force against protesters.