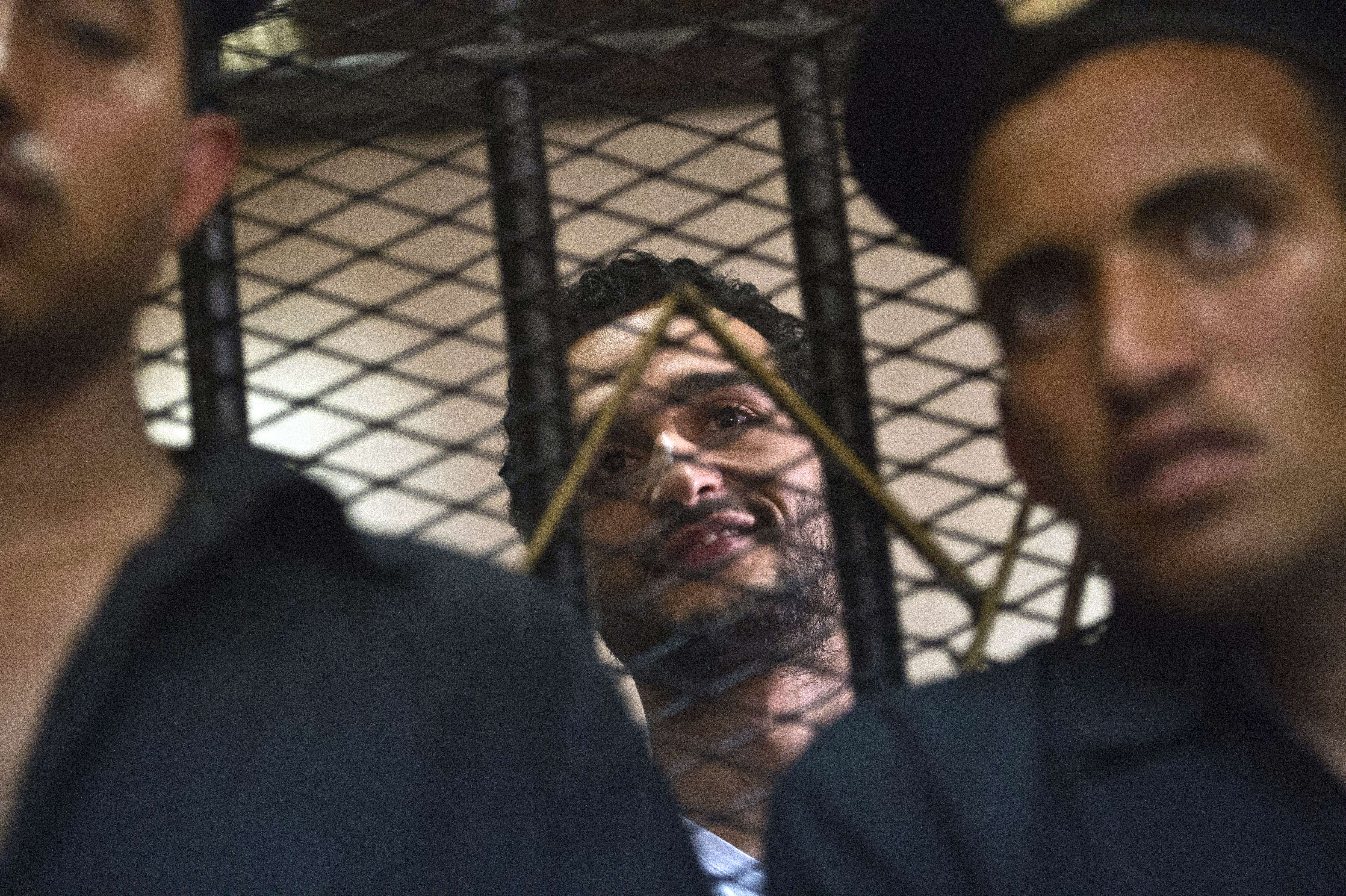 The Cairo Criminal Court acquitted Ahmed Douma, Alaa Abd El-Fattah and Nawara Negm, along with several other activists on charges of inciting violence against the Muslim Brotherhood on Sunday.

The prosecution had ordered their arrest in March after deadly clashes broke out in front of the Brotherhood’s main headquarters in Moqattam.

“They were acquitted after the court found the evidence supposedly incriminating them to be void,” said Ali Seliman, Douma’s lawyer.

He added that the evidence proved that the case was fabricated to get rid of revolutionary figures, and that he held former prosecutor general Talaat Abdallah responsible.

Ahmed Ghoneimy (aka Ahmed El-Sahafy), Karim Omar (aka Karim El-Shaer) and Hazem Abdel Azim were among those acquitted by the court.

Political activist and blogger Ahmed Douma was released without bail on Saturday after the first session of his case on charges of incitement.

At least 200 were injured in the clashes that erupted on Friday 22 March after the protest dubbed by opposition groups as “Reclaiming Dignity” in front of the Brotherhood’s main headquarter in Moqattam; the protest followed alleged attacks against several journalists and activists by Brotherhood members.