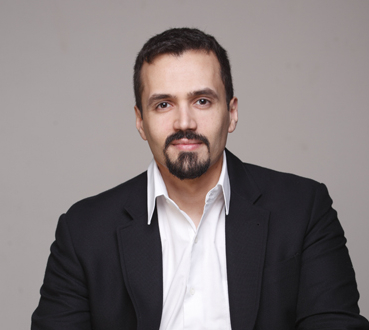 “Help us make sense of this?” That is usually the question an analyst gets asked. The good ones tend to try their best, with as many qualifications as possible, knowing that they cannot possibly account for all the variables. They also know who else to direct people to, in order to get a wider, more complete picture of the situation. Today, however, that is incredibly difficult in Egypt. Most people, whether in the intelligentsia or otherwise, aren’t interested in ‘making sense’ – they’re interested in making war. Making sense is going to come later – and Egypt is going to pay a price in the meantime. Frankly, ironically as it sounds, there is one man who can make that price as low as possible: his name is Mohamed Morsi.

For the past year, there have been criticisms and critiques of then president Morsi’s government – with great justification. It was Mr Morsi who won the presidential election with support from those opposed to the former regime, on a promise of building consensus – and who then ensured that no consensus would be built. It was Mr Morsi who allowed the use of sectarian discourse that began to tear away at the fabric of Egyptian society. It was Mr Morsi who set into motion the unending polarisation of Egyptian politics, when he instituted his extra-legal decree last November, and then rushed through a poorly written constitution in December. It was Mr Morsi that failed to enact any reforms within the state, and who chose instead to build partial alliances in order to increase his reach. Most critically perhaps of all, it was Mr Morsi who allowed the most incredible incompetence to thrive, ensuring that the economic train wreck that Egypt was would continue to hobble onto catastrophe.

In the end, the sum of Mr Morsi’s rule over the past year was truly impressive – for the squandering of every piece of capital he had. On the political level, he managed to alienate more or less every ally that had given him conditional support, and ensured that his enemies from within the ‘deep state’ would become even more opposed to him. On the economic level, the country was haemorrhaging, and while it was always going to be in for a rough ride, Mr Morsi failed to take any steps that would begin to redirect the course. This combination of political and economic failures meant only one thing: no-one needed to be convinced to be opposed to then president Morsi. Apart from the Muslim Brotherhood and a small number of supporters beyond it, Mr Morsi had earned either their enmity, or simply aggravated their existing opposition to him and his rule.

One could argue: did he ever really have a chance to do otherwise? Was he ever going to be able to govern Egypt anyway, given the opposition that existed against him, exemplified in the support given to his challenger, Ahmad Shafiq, in the presidential election last year? The answer is: no, he had no chance to successfully govern – unless he did so with consensus. The demand for consensus was an ethical one, on the basis of the revolution – but it was always a pragmatic one. With such an array of opposition against Mr Morsi, including within the state, he needed to build alliances. Instead, he did the opposite – and hence the magnificently huge crowds on the streets around the country last week. Even if the crowds themselves were not so predictable, the state of widespread discontent certainly was. When you join that widespread discontent with the threat of disorder, in a country whose military’s red-line is the threat of disorder, it is entirely predictable to see where this was going to end up.

All of that said and done: the best justification for the popularly legitimate coup, backed by a civilian uprising, is not dissatisfaction with Morsi. Rather, the best justification was to avert disorder, violence and the loss of the Egyptian lives. Regardless of people’s speculations on the motivations, plans and desires of the Egyptian military, one thing is abundantly clear: it does not like to rule, and will only get involved in Egyptian politics in order to restore a situation where it does not feel the need to be involved in ruling. When Hosni Mubarak refused the demands of the protesters in 2011, and it seemed that the country was going to destabilise as a result, they forced him to resign – so that the country would stabilise. The same thing took place with Mohamed Morsi – his presence was deemed to have contributed to instability, and that instability could only be defused with his removal.

Already, scattered violence is occurring – and while those supporting Morsi will definitely lose, a lot of lives may be lost in the process. On all sides, it is increasingly rare to find people who view this as anything but a zero sum game – and where dehumanisation of the ‘other’ is far more common than any degree of nuance or long-term thinking. None of that can be viewed as positive by anyone concerned about the future development of Egypt and Egyptians.

The irony of all of this – there remains one person who could bring all of this back from the brink. He is not the president any longer – and he lost his presidency through a wilful misappraisal of what could or could not work in the Egyptian context. But his word still carries weight with his followers – and for this situation to de-escalate, those followers need to go home. If they retreat now, the intervening period can be calm, and it may still be possible for the Muslim Brotherhood to be a part of the future of Egyptian politics. If they stay on the streets, and they try to escalate (as it is clear they wish to do), they will lose – but there will be a price. If Mohamed Morsi does not call for them to go home, now, then in years to come, it may be written that he presided over a demise of the Muslim Brotherhood in Egypt that it never comes back from. If Morsi would do one act worthy of a president, it must be to give that statement – a statement to call his followers back, and to offer to the Egyptian public a way forward that does not lead to more violence.