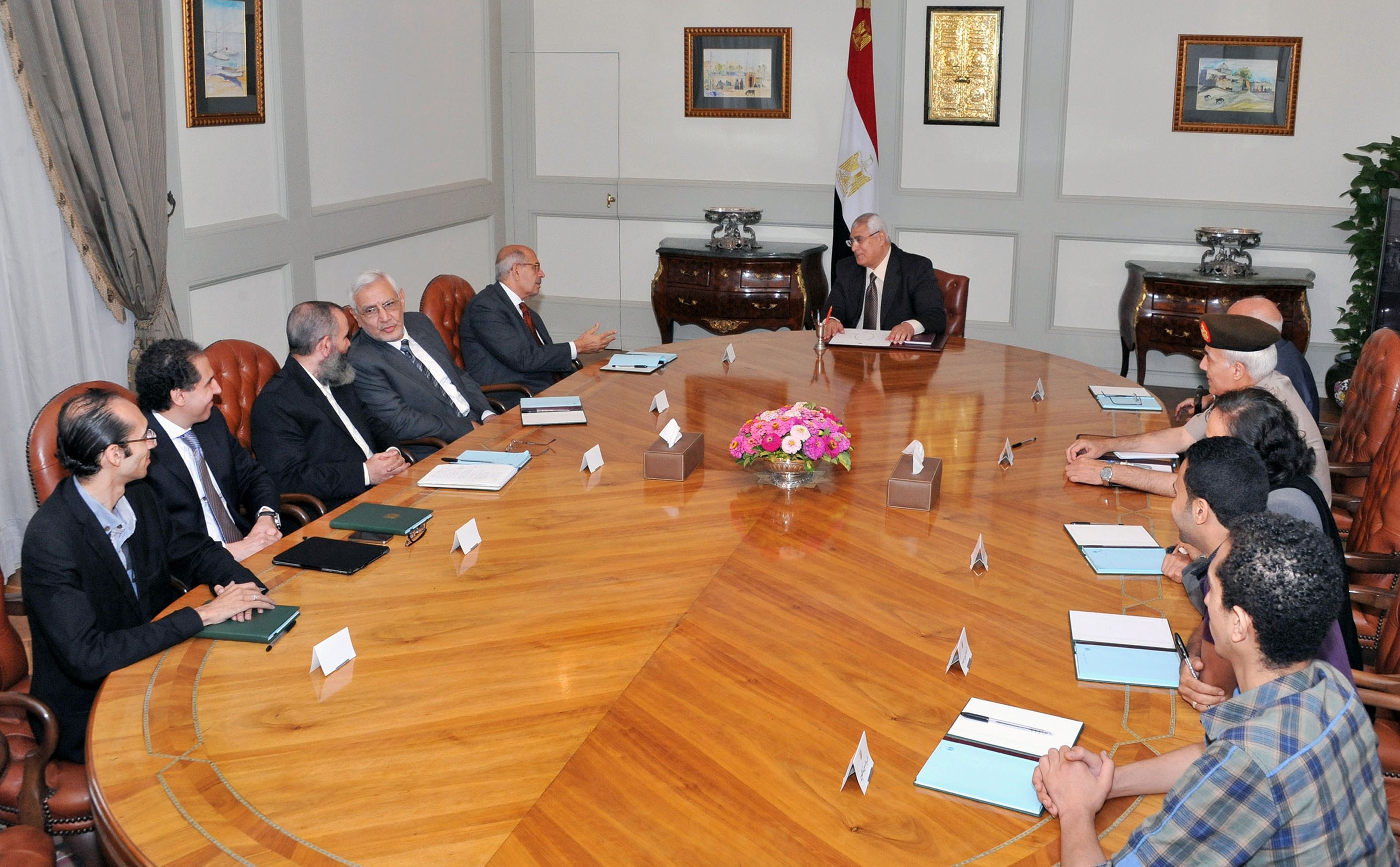 The Strong Egypt Party issued a statement on Saturday detailing its solutions for the current political situation, including the formation of a technocratic government.

The statement said that the party had participated in Saturday’s meeting between interim president Adly Mansour and political powers to agree on a transitional roadmap.

Among the party’s proposal were the assurance of discussions prior to any decision by Mansour, including those concerned with constitutional decrees and the formation of the government.

The statement also stressed the need for a clear timeline for the transitional period and the formation of a technocratic government under the leadership of popular political leaders, including Mohamed ElBaradei.

Another point that the party presented at the meeting was the insistence that the armed forces remain outside of the political sphere.

The statement stressed the party’s refusal of the appointment of any political figure from the former regime, especially General Prosecutor Abdel Meguid Mahmoud, who announced on Friday that he had resigned but is yet to offer his formal resignation, according to Mohamed El-Mohandes, Strong Egypt member.

The statement also noted the importance of starting national reconciliation efforts putting an end to any “exceptional measures” taken by the armed forces.

“By ‘exceptional measures’ [the party] means the series of detentions of Muslim Brotherhood and other Islamist leaders that have been taking place, in addition to the closing of Islamist channels, like Al-Hafez and Misr 25,” said El-Mohandes.

He compared the closing of those channels to the attempt to close six private TV channels without any proper lawful procedures or a court verdict when former president Mohamed Morsi was still in office, leading to public criticism.

The party concluded in the statement: “We condemn the killings that are happening around the country, even if the victim is a thug,” adding, “The military and the police forces totally failed in preventing them, while they totally succeeded in detaining [some of the leaders of the Brotherhood and the Islamic current.]”