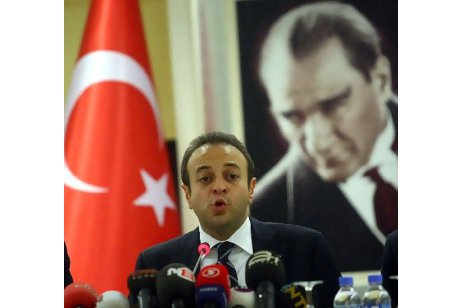 In a statement by the foreign ministry, it expressed to the ambassador “deep regrets” in hearing such calls.

The ministry said it considers such calls not only a misunderstanding of events in Egypt but also a clear interference in its internal affairs, and called on Turkey to reconsider its position.

Former president Mohamed Morsi’s removal from power on 3 July has sparked debates both domestically and abroad.

On 5 July, the African Union’s (AU) Peace and Security Council suspended Egypt from all union activities. Foreign Minister Mohamed Kamel Amr expressed his “deep regrets” over the decision, and the government has sent letters to the African Union Commission and all member states to show their rejection of it.

Egyptian diplomats have upped efforts to discuss Egypt’s internal situation with their counterparts abroad, including African, French and Hungarian officials.

Egypt also invited the ambassadors of Canada, the US and Latin American countries to the foreign ministry’s headquarters to “explain Egypt’s official position” on the developments on Sunday 7 July.