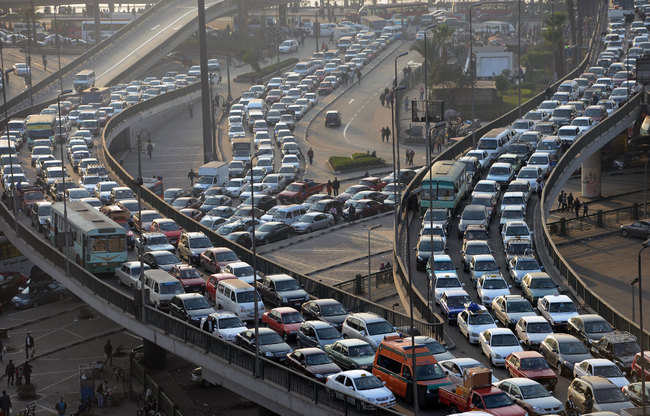 The agency added that men make up 51.1% of Egypt’s population, with women making up the remaining 48.9%, while 43% of the population live in urban areas, according to reported released in early 2013. Cairo was reported as the largest of Egypt’s governorates, with a total population of 8.9million, compared to 162,000 in Southern Sinai, the country’s smallest governorate.

The agency further stated that Egypt was a relatively young society, with those under the age of 14 making up 31%, or nearly one third of the country’s population, while those over the age of 65 represented just over 4.4% of the population, bringing the country’s age dependency ratio to 55.1% by the beginning of 2013.

The agency stated that Egypt’s workforce totaled 27 million people, or 32% of the population, of whom 20.9 million are men, and 6.1 million women. Based on these numbers, women make up roughly 22.4% of the country’s workforce. Unemployment was officially recorded at 12.7%, with that amongst women being 24.1%, and that amongst men being 9.3%.

Child mortality rates per 1,000 citizens also decreased from 24.5 in 2008 to 24 in 2012. The Agency stated that this points to an improvement in medical services being provided throughout Egypt, increased efficiency in distribution of vaccinations throughout the country, in addition to increased awareness on the part of mothers of the importance of health care for children, particularly in poverty stricken regions.

The Agency further stated however that use of family planning instruments has decreased slightly for married women between the ages of 15 and 49 from 60.3% in 2008 to 60% in 2012.

Death rates of mothers per 1,000 citizens was reported to have decreased from 63 in 2005 to 50 in 2012, reflecting an increased interest in the health of Egyptian mothers, in addition to the improved distribution of health and medical services to citizens, particularly in poverty stricken regions. These last statistics were drawn from recent data collected by Egypt’s National Information Center within the Ministry of Health.