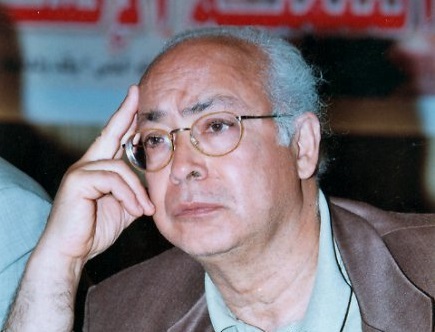 A newspaper columnist who addressed the issue of the killing of Khaled Said by the Egyptian police in the summer of 2010 has been fined EGP 20,000 by an east-Cairo court, a statement released by the Arabic Network for Human Rights Investigation (ANHRI) revealed on Wednesday.

The columnist, Dr Nader Farjani, had published an article on 22 June 2010 entitled In the Benefit of Folly focusing on the death of Khaled Said at the hands of Alexandria police officers on 6 June 2010.

Farjani’s article, the statement continued, was critical of the manner in which the death was handled by the Egyptian government, and in which the security services dealt with the matter directly; namely that the accused were released before the official medical report was published.

In response to Farjani’s article, a complaint was lodged by the Sidi Gaber prosecutor’s office, demanding that he be investigated on charges of libel and personal insult.

Based on this, the South Giza prosecutor began an investigation against the writer, who was subsequently indicted for libel. Legal proceedings reportedly began on 13 May 2013, and the case was deliberated over several meetings, before finally ruling Farjani guilty, and sentencing him in absentia.

“We all saw what happened in the case of the death of Khaled Said” added the statement, which defended Farjani’s right to “express his opinion.”

The statement added that in light of the forensic reports proving that Khaled Said had been tortured to death, ANHRI had asked the Egyptian judiciary to drop charges filed against Dr Farjani.