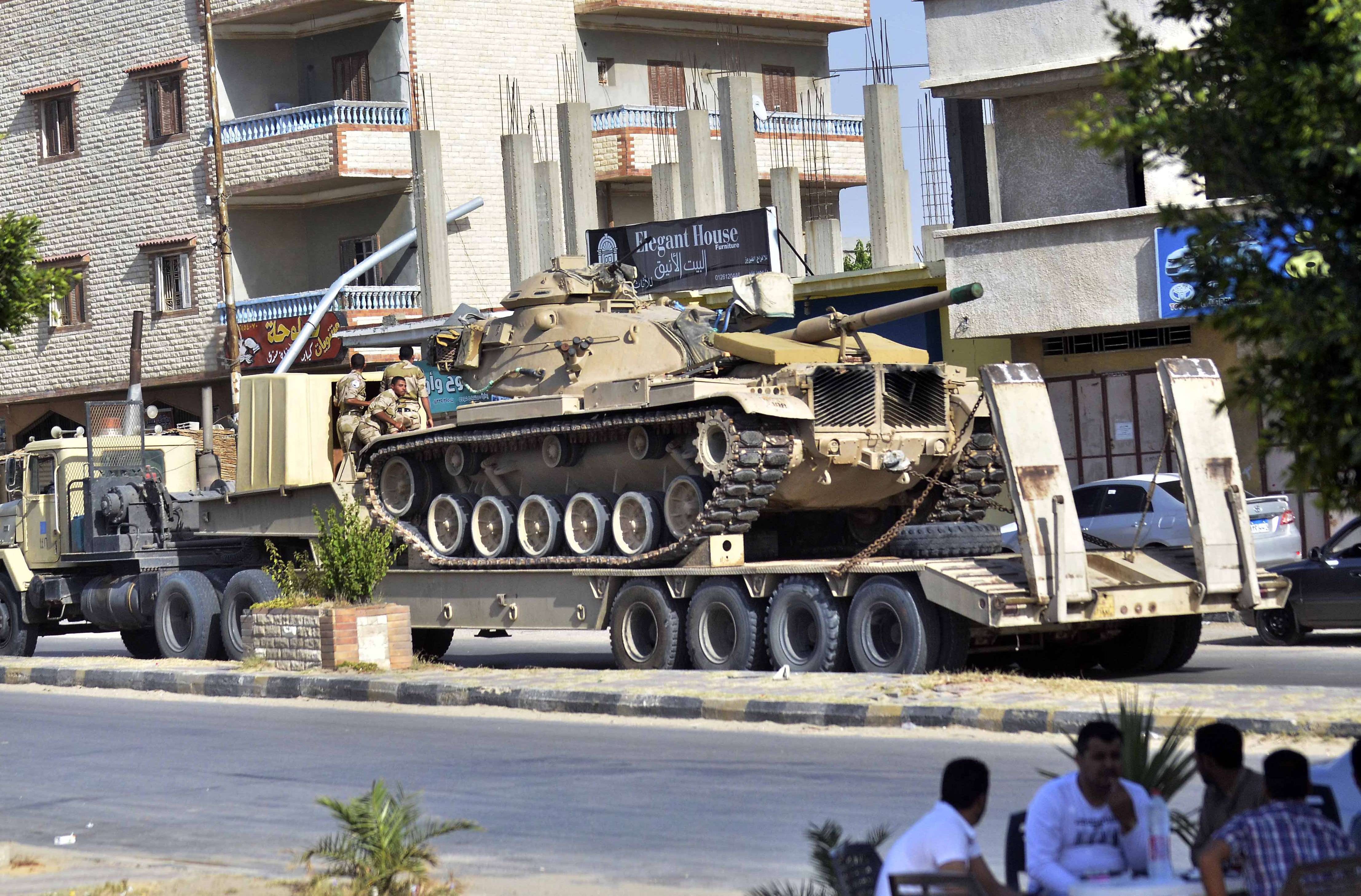 A car coming from the Rafah border area attempted to penetrate a security checkpoint near Sheikh Zuweid in Sinai Wednesday, leading to a firefight and the death of a young girl, reports said.

The incident took place as the Commander of the Second Field Army Major General Ahmed Wasfy was overseeing the security situation in the area of Sheikh Zuweid, according to army spokesperson Colonel Ahmed Mohamed Aly.

After a firefight, security forces confiscated the car used in the attack. An injured girl was found inside the car, and died shortly after her arrival at Arish General Hospital.

Security forces were able to arrest the driver while another man was able to escape.

The army stated that the incident highlighted the use of children by “outlaws and terrorists” as means of propaganda against the army and to market false images to the media “for suspicious objectives.”

Accounts differ as to the sequence of events leading to the incident, with the army claiming that the driver had first opened fire on the checkpoint.

DNE correspondent in Sinai Nasser Al-Azzazy said this was not the case. According to Al-Azzazy, the car had refused to stop at the checkpoint, which is standard procedure. For doing so, he said, the driver risked being shot at.

“He refused to stop because he had been carrying an unlicenced weapon,” Al-Azzazy said, adding that the car had attempted to cross the checkpoint just after the commander had passed by, raising suspicion and causing security personnel to open fire.

It is unclear whether the car fired at the checkpoint or only attempted to storm through it.

The Egyptian Center for Economic and Social Rights (ECESR) released a statement on Thursday demanding an investigation into the girl’s death, stressing their approval of the legal right of the armed forces to use force against appropriate threats. However, they called on security forces to adhere to the law and professionalism and use live rounds only as a last resort.

This incident comes after a series of attacks that have targeted security checkpoints and personnel in Sinai over the past week.

The Muslim Brotherhood released a statement condemning the attack and stressing that their fight against the “coup” was peaceful. They perceived the attack to be targeting the commander.

Secretary General of the Brotherhood’s Freedom and Justice Party Hussein Ibrahim described the incident as “a serious development and a bad sign of more violence, [which is] rejected by the party.”