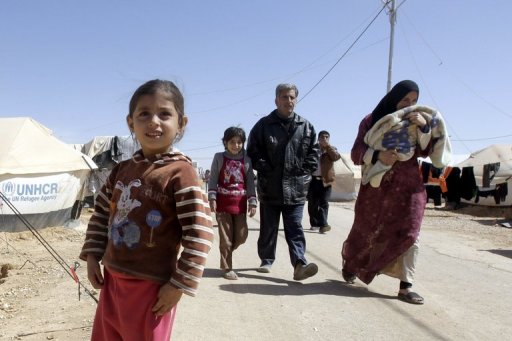 Egypt must not return anyone to a place that threatens their life or freedom, Human Rights Watch (HRW) deputy Middle East Director Nadim Houry said in a statement on Wednesday.

The statement said that Egypt should allow all those fleeing Syria full access to the United Nations refugee agency and should “allow Syrians already registered with the UN body to reenter the country after periods abroad.”

HRW said that Egypt changed its entry policy without prior warning, which resulted in 276 people being denied entry, according to media reports. The new entry policy requires Syrians to obtain a visa and security clearance prior to travel, HRW said.

Two Syrians registered as asylum seekers with the UN have been trapped at Alexandria’s international airport since 8 July after they left the country to renew their passports in Jordan, but weren’t allowed back in due to the new visa rules, the statement said.

The statement said that one of the women stranded at the airport told HRW that her mother is a medicated diabetic who’s running out of medication, and the airport is not seeing to her needs.

A Syrian man coming from Saudi Arabia and registered as an asylum seeker was also being held at the Alexandria airport after being refused entry, HRW said. He came to visit his family members who had been residing in Egypt for several months, but was forced to return to Saudi Arabia due to the new visa rules, the statement said.

HRW said that Egypt should guarantee the right of all registered asylum seekers in Egypt to enter and leave the country as they wish, since refusing them “reentry into Egypt after travel abroad would expose them to the risk of getting stuck in limbo, with no country allowing them entry.”

Houry said that although the Egyptian government can require foreign nationals to obtain visas prior to travel, the government must still protect them.

The statement said that according to international refugee and human rights law the Egyptian government cannot send anyone back to a place “where they risk inhuman or degrading treatment or torture.”

HRW said, “Before deporting anyone to Syria, Egypt should therefore guarantee all asylum seekers from Syria access to UNHCR [United Nations High Commissioner for Refugees] which, under a 1954 agreement with Egypt, conducts refugee status determination procedures in the country.”

Houry said that although Egypt is going through a difficult time, it should not leave Syrians stranded, “especially those who have fled such a devastating conflict at home.”

There are approximately 90,000 Syrian asylum seekers registered or in the process of being registered by the UNHCR in Egypt, the statement said.