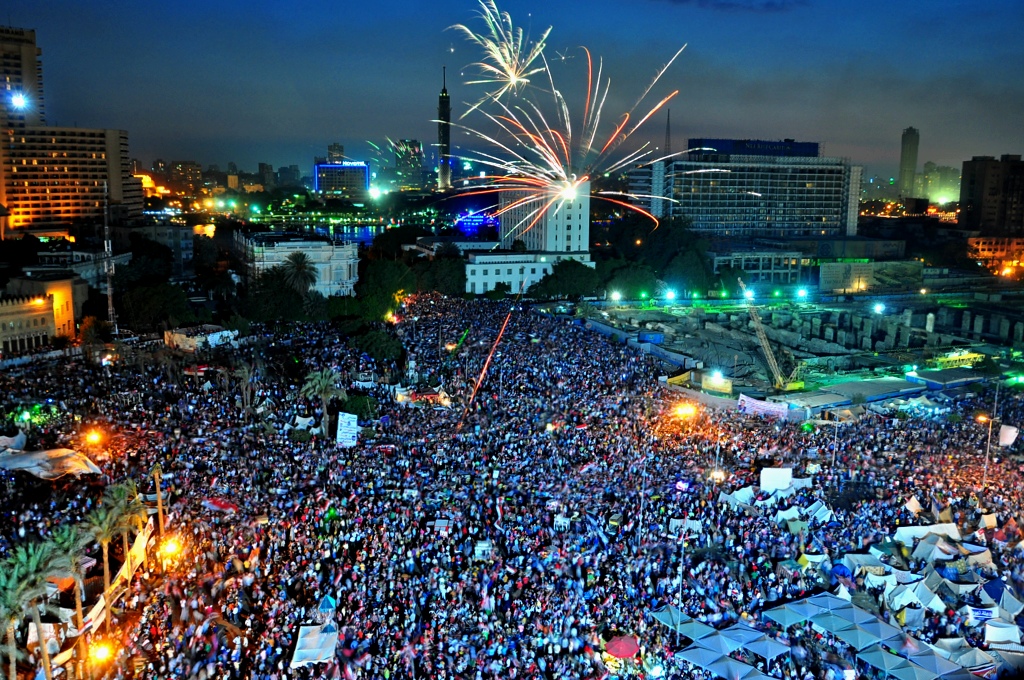 The Tamarod movement has called on Egyptians for a mass Iftar in Tahrir Square on Friday in an effort to strengthen national unity.

The movement, which for months had collected signatures calling for early presidential elections, was the primary organizer of the 30 June protests that led to the ouster of former president Mohamed Morsi.

Tamarod released a statement on Thursday saying all Egyptians should feel united around the goals of the Egyptian revolution and continue on its path.

“The symbolic objective behind the mass Iftar [fast-breaking] in the Holy Month of Ramadan is feeling the unity between the people and holding on to the revolution in Tahrir square” the statement read.

The movement called on all Egyptians to gather, bringing food to share with others “in a banquet that we hope to extend between Tahrir and the presidential palace area just as protesters extended between them.”

The move comes amid efforts and initiatives proposed by the presidency and political groups to bring about national reconciliation and overcome political rifts.