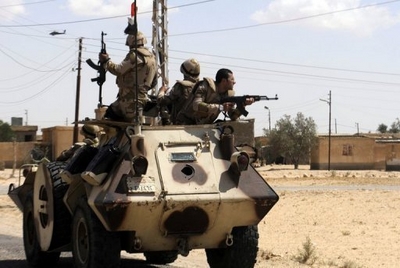 The Al-Salam district of Al-Arish was the site of several attacks before dawn on Friday morning. Eyewitnesses claim that the First Al-Arish Police Station along with other security establishments in the area came under attack, saying the gunmen moved in large vehicles and carried out the attacks in a synchronised fashion.

Sinai continues to experience heightened levels of instability over the past two weeks.

Al-Arish prosecution opened an investigation to examine the case of 59 year old Magdy Lamay Habib, a Copt whose body was found decapitated on Thursday morning. Prosecution ordered a report showing the results of Habib’s autopsy before a burial permit.