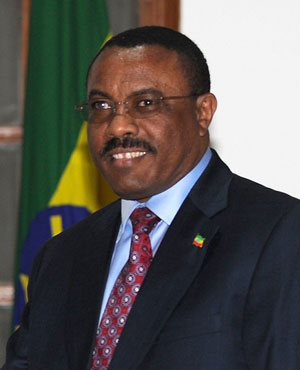 Ethiopia called for Egypt to promote inclusiveness and national reconciliation after weeks of bloodshed and political unrest, in a statement released on Saturday.

The Ethiopian prime minister Hailemariam Desalegn called on all parties in Egypt to avoid acts of provocation and escalation toward violence, regretting the confrontation and violence that has taken place since 30 June.

“The Prime Minister deeply regretted any loss of life that has occurred and sends his condolences, and those of the people of Ethiopia, to the families of all those who have died or been injured,” the statement read.

While it refrained from siding with either the interim or previous government, Ethiopia urged Egyptians to turn the current situation into a political process that is “characterised by inclusive dialogue.”

The statement contained no mention of the construction of the Grand Ethiopian Renaissance Dam, which has been the cause of rising tension in Egypt-Ethiopia relations.

Last month, former president Mohammed Morsi had warned Ethiopia that “all options are open” to stop Ethiopia’s dam project. This was followed by some Egyptian politicians making threatening remarks against Ethiopia, including mention of sabotaging the construction at a presidential meeting that was, to the embarrassment of many involved, mistakenly televised. Prime Minister Deslagen responded to such attacks by vowing that “no one” will interrupt the project.

Mohamed ElBaradei, the interim vice president of foreign affairs, had heavily criticised the Morsi regime’s approach to the issue, promising to tackle it differently.

“The Egypt-Ethiopia dispute is not a zero-sum game. Equitable cooperation with modern technology regarding agriculture and electricity is the only solution,” ElBaradei stated on Twitter a month ago.

Despite the recent spat over the dam, Ethiopia called Egypt “a friendly and neighbouring state” in the statement, reiterating its foreign policy of resolving disputes through dialogue and discussion. The prime minister added that his country is “deeply involved in the development of a mutually beneficial relationship with all the states in the Nile Basin including Egypt.”