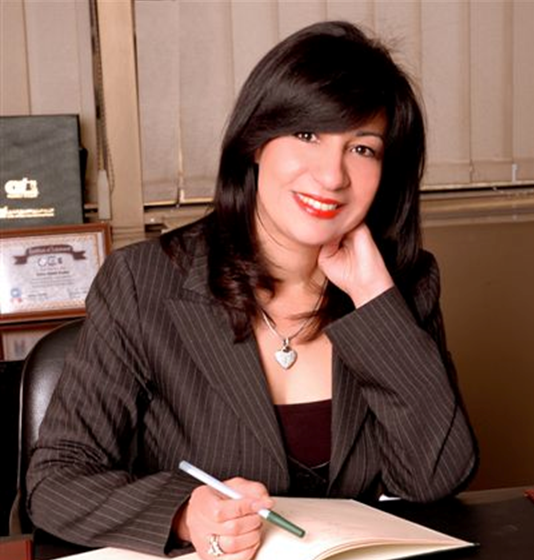 By Dr Dalia A Kader

As history is being shaped yet again in the land of the Nile, politicians and their international media machines are hijacking western public opinion. Both have long ago mastered misrepresentation of facts. The result has been a disconnection and a dire miscommunication among societies; so grave that humanity at large has been repeatedly paying the price.

In recent weeks, western media coverage has persistently portrayed political developments in Egypt as a “coup d’etat”, “civil division”, “a setback for democracy” and an “upheaval against legitimacy”.  Presenting the popular uprising in Egypt in this way, stripped of all context, sets the stage for delusions that distort reality and sway public opinion. It is of dire importance that audiences not fall victim to these misrepresentations

The literal definition of a “coup d’etat” is a “sudden overthrow, often violent, of an existing government by a group of conspirators”.  The act of ousting former president Mohamed Morsi was neither sudden, nor instigated by the Egyptian military.

The overthrow was pre-empted 62 days ahead of time by the inclusive Tamarod “Rebellion” grassroots movement that was launched on 28 April and led by five Egyptians in their twenties who campaigned for registered opposition and urged Morsi to call for early presidential elections. They set June 30 as the mobilisation date. This was followed by a call from the army to the president to reconcile with opposition and youth movements.

In response, Morsi made a speech to the people, but his arrogance infuriated and disappointed the masses, leading 33 million people to fill the streets in Egypt, urging the president to step down. The military then gave the president 48 hours to respond to the masses, but this was met by rejection from Morsi and his second public address only confirmed the public’s fears that their democratically elected president was an authoritarian despot leveraging religion to hold power. The army stepped in only in response to unprecedented mass protest and subsequently handed over the executive power to an interim civil authority pending new presidential elections.

Calling this a coup is sticking to the literal definition of ousting a ruler by force regardless of the context, and is an injustice to history. These language games and visual presentations are evoked to delude public opinion that Egypt’s 30 June revolution is an act of civil division between pro‐ and anti‐Morsi protesters.

As Egyptians flooded the streets in the largest mass protest in the history of mankind, mounting to 33 million Egyptians from all walks of life, rallying against an autocratic despot that exploited religion to win an election by a slim margin, western media channels described these protests as “civil strife” and “Egypt divided”.

Television footage, with screens split in two labelled pro- and anti-Morsi protests and adjusted camera angles did much to impart a perception that Egypt is a divided nation. This faulty presentation obstructs the fact that the popular uprising has been a rare moment of unity between Egyptians at large, bringing together everyday citizens with civil and state institutions including the army, the police and the judiciary in a shared plight.

True, there is a pro-Morsi faction of the electoral body, but it mounts to no more than 4% of the Egyptian population (at its peak point based on electoral votes in first round of 2012 presidential election). Backed by notable self-organisation and heavy funding they are consolidated into two plazas in Cairo; Rabaa Al-Adaweya and Al-Nahda Square. This group, under no circumstances, should be presented as equal in size to the majority of Egyptian citizens against Morsi’s rule and the Muslim Brotherhood hegemony over Egypt.

As Egypt’s destiny is being shaped by this massive grassroots movement, expressing itself in a uniquely profound and spontaneous manner, there is a dire need for genuine human discourse.  The revolution should not be hijacked by media and politicians.

The unprecedented dynamics of this revolution are unfolding with unconventional messages rarely witnessed in history. Challenging classic meta‐narratives in politics, no wonder this revolution is triggering debate on the true definitions of “coup d’etat”, “democracy” and “legitimacy”.

Quiet unexpectedly, this coup d’etat is exercised not to usurp power but hand it over. This time, an army becomes a power not in the hands of the ruler but the ruled, and it is the common people that uproot fundamentalism where superpowers’ armies failed.

The 30 June Egyptian Revolution transcends Egypt, bearing potentially universal implications and repercussions, most of which have not yet come to fruition.

From the heart of Egypt, we implore: Don’t allow misrepresentations and manipulations to stand between you and history. Don’t allow media boundaries to prevent you from acknowledging and celebrating a rare moment in the history of humanity.  The stakes are too high.

Dr Dalia Abdel Kader is a national security specialist based in Cairo. She received her PhD in political science from Cairo University in 2003. She is an adjunct professor of sustainability at the American University in Cairo.