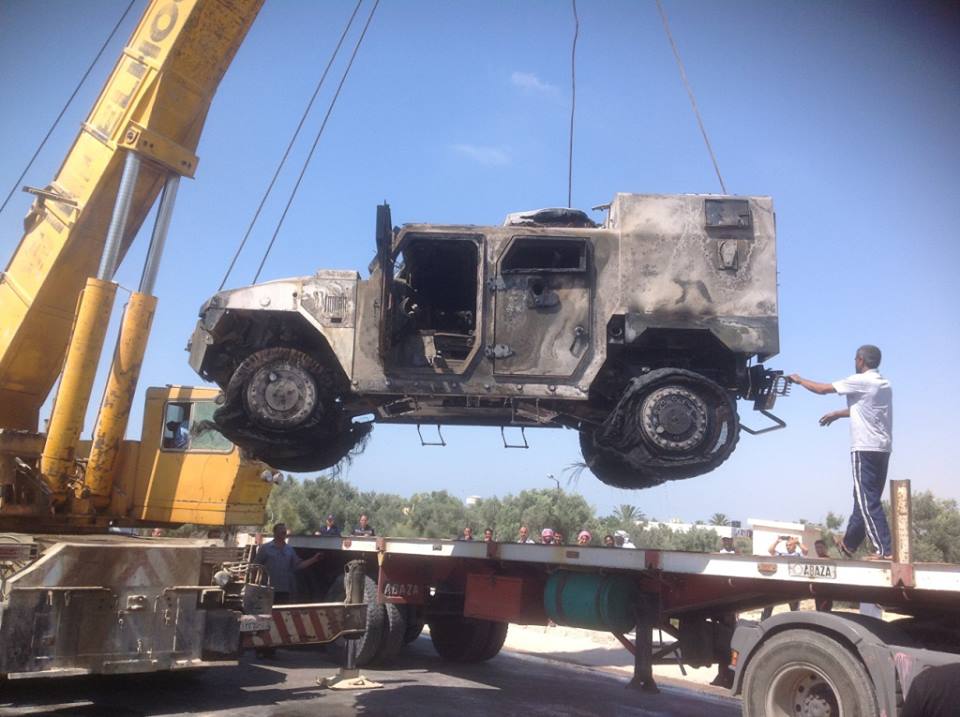 The assailants planted mines in front of an army tank in the Al-Wahshi area of Sheikh Zuweid, but no injuries were reported as the mine exploded a few metres away.

Eyewitnesses said that clashes erupted shortly after between the armoured personnel and assailants while Apache helicopters flew over the scene, providing backup and scaring the assailants off.

Also in Sheikh Zuweid, in the vicinity of El-Goura, “militants shot armoured personnel carriers from long distances in the dark,” said military spokesperson Ahmed Ali, adding that no injuries were reported from the military’s side. In response to the attacks, Apache helicopters shot two cars, setting them on fire, eyewitnesses said.

Among similar attacks, two checkpoints in Al-Arish town were raided Friday night with no injuries reported. The first was the Al-Marhala Al-Rabaa checkpoint, the same checkpoint attacked with RPGs Friday at dawn, killing Lieutenant Colonel Ahmed Abdel Enein. The second attack came at the El-Mahager checkpoint on the road to Al-Arish airport, a security source confirmed.

Three of those militants involved in Friday’s attacks were identified as Palestinians, one of them being Abdel Aziz Abu Shaar. The three were arrested on charges of attacking military institutions and vital institutions, and provided the police with important information during interrogation, a security source said.

In an effort to tighten security and contain the situation in Sinai, a warplane dropped flyers on Saturday afternoon over the residents of Al-Arish reading: “To the honourable people of Sinai, this is your armed forces, be assured… we are here to protect you, so please do not allow any person who does not belong to this pure land to attack us.” The military warned the residents not to use vehicles without plates, unlicenced weapons or walk alone at night in order not to endanger their own lives.

Eyewitnesses said that another military helicopter was seen flying over the Khan Youssef area and Rafah on the Southern Gaza Strip for almost an hour before retreating to Egyptian airspace, while the military was demolishing illegal tunnels connecting the Gaza Strip with Egypt.

Military spokesperson Ali denied sending any military helicopters to the Gaza Strip, saying: “We respect the sovereignty of other countries.”