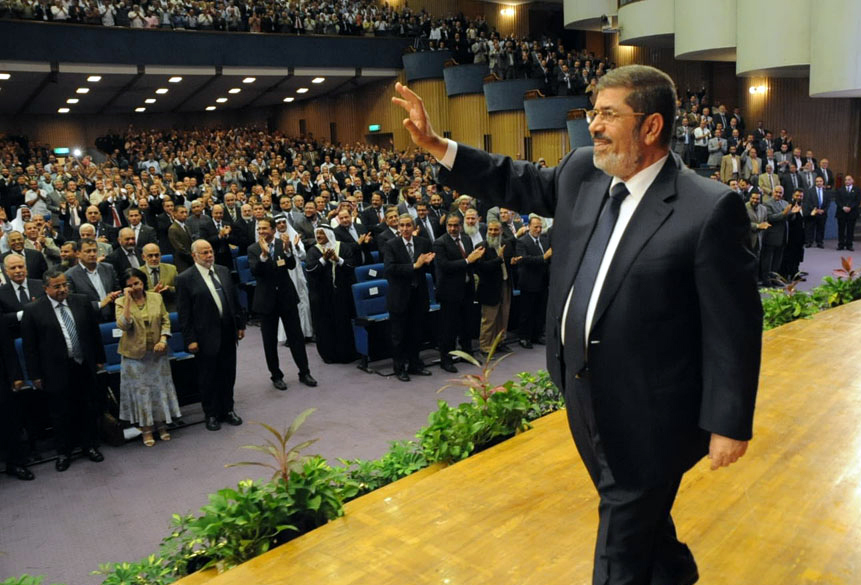 Positive signs of reconciliation with businessmen facing corruption charges would be in best interests of the Egyptian economy, said Fakhry El-Feky, an economics professor at Cairo University.

El-Feky, also a former assistant of the executive chairman of International Monetary Fund, said that these businessmen are “victims of Mubarak’s and Morsi’s regimes.”

He stressed that transparency in reconciliation would “guarantee the loyalty” of those involved going forward, and would greatly benefit the economy in the long term.

“We call on Egyptian businessmen abroad to come back, because their investment is crucial now more than any time before,” El-Feky added.

He also claimed that tax evasion by some of these businessmen had been “forced” on them due to an overestimation in amounts owed. Reconciliation, said El-Feky, is the answer, instead of international arbitration, which incurs costs borne by the state.

During the last months of the former president Mohamed Morsi’s tenure, his government advocated reconciliation with businessmen charged with corruption and the state, which officials said would help rebound the country’s flagging economy.

Amr Monayer, a member of the United Nations Committee of Experts on International Cooperation in Tax Matters, said that in the case of corruption there should be punishment to serve as a deterrent: “if it was a disagreement about the value of something …. this isn’t corruption so the businessman has the right to settle with the government.”

According to Al-Borsa newspaper report on Wednesday, the tax authority plans to resolve the issues of two businessmen, Mohamed El-Amin the chairman of the CBC TV network and Mansour Amer the owner of Amer Group, by reducing the due tax.

“In some cases, the dispute was the result of a difference in estimation. So according to the law, reconciliation can be done after paying fines,” Monayer added.

Ahmed Abdelrahman, the head of tax evasion division in the tax authority, said that businessmen have legal means to object the high amount of taxes sanctioned by law.

He also added that many calls for tax exemption are “illogical” because a judgement such as that calls for review.

The tax authority and Naguib Sawiris’s family had previously reached a settlement in May, deciding that Orascom Constructions Industries should pay taxes amounting to EGP 7bn over five years, with an initial payment of EGP 2.5bn.

Rashid Mohamed Rashid the Minister of Trade and Industry under Mubarak paid $ 15m to settle with the government on May, and prosecutors announced removing his name from the airport arrivals watch list.