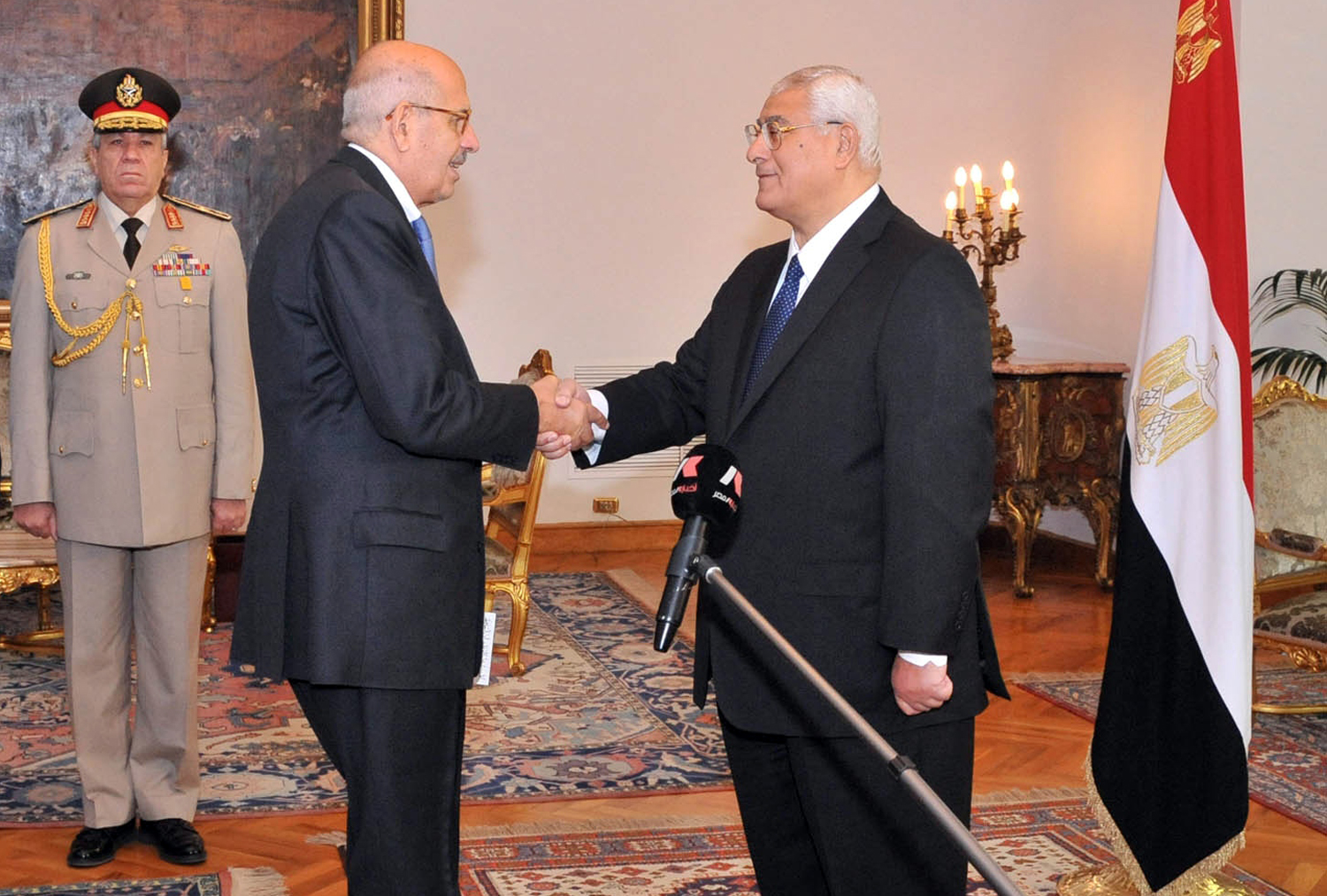 Mohamed ElBaradei took the oath-of-office as Vice President for foreign affairs on Sunday.

ElBaradei, 71, nearly became prime minister last week but the appointment was rejected by the Salafi Al-Nour Party and eventually, Hazem Al-Beblawi was selected for the post.

ElBaradei is a Nobel laureate and Chairman of Al-Dostour Party, and is a former director general of the International Atomic Energy Agency. He announced his intention to run for president in 2011 following the revolution, but then declared that he would not seek the presidency.

The general coordinator of the National Salvation Front was an outspoken critic of Egypt’s transition following 25 January and ousted president Mohamed Morsi’s policies.

Before the revolution, ElBaradei was in charge of the National Association for Change, a group calling for governmental reforms, including judicial oversight of elections and other measures, and the end of the state of emergency; it was supported by opposition groups and figures, including the Muslim Brotherhood, under Mubarak.