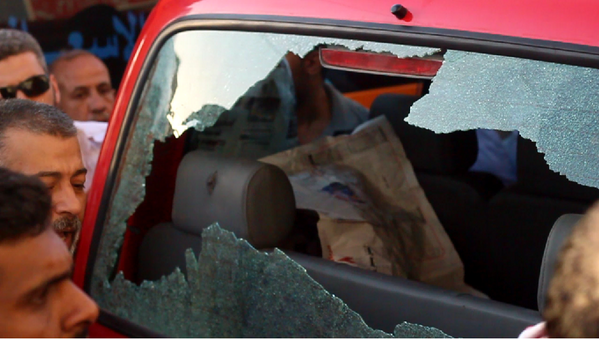 A passenger on a microbus was shot dead on Sunday, in Al-Attarin area of Alexandria.

The incident took place less than an hour before iftar, a time when many are returning to their homes to eat with family.

State-run Al-Ahram reported that the microbus was loading passengers in an area it was forbidden to do so. The dispute started when a traffic policeman asked the driver to move the microbus, and the driver refused.

When the dispute became heated, the policeman took a pistol and fired, missing the driver and hitting a passenger seated in the back.

Hakim Abdel-Na’im, a witness at the scene said that the policeman ran away after the shooting, adding that bystanders stopped another policeman to force him to identify the shooter.

“They were insisting on finding the policeman who fired the bullet,” he said. He added that after some time detectives showed up, and tried to free the policeman.

Abdel-Na’im did not know if the shooter was arrested. The Ministry of Interior could not be reached for comment.

The prosecution has inspected the scene and ordered an autopsy for the deceased. It also ordered an investigation into the shooting, according to Al-Ahram.