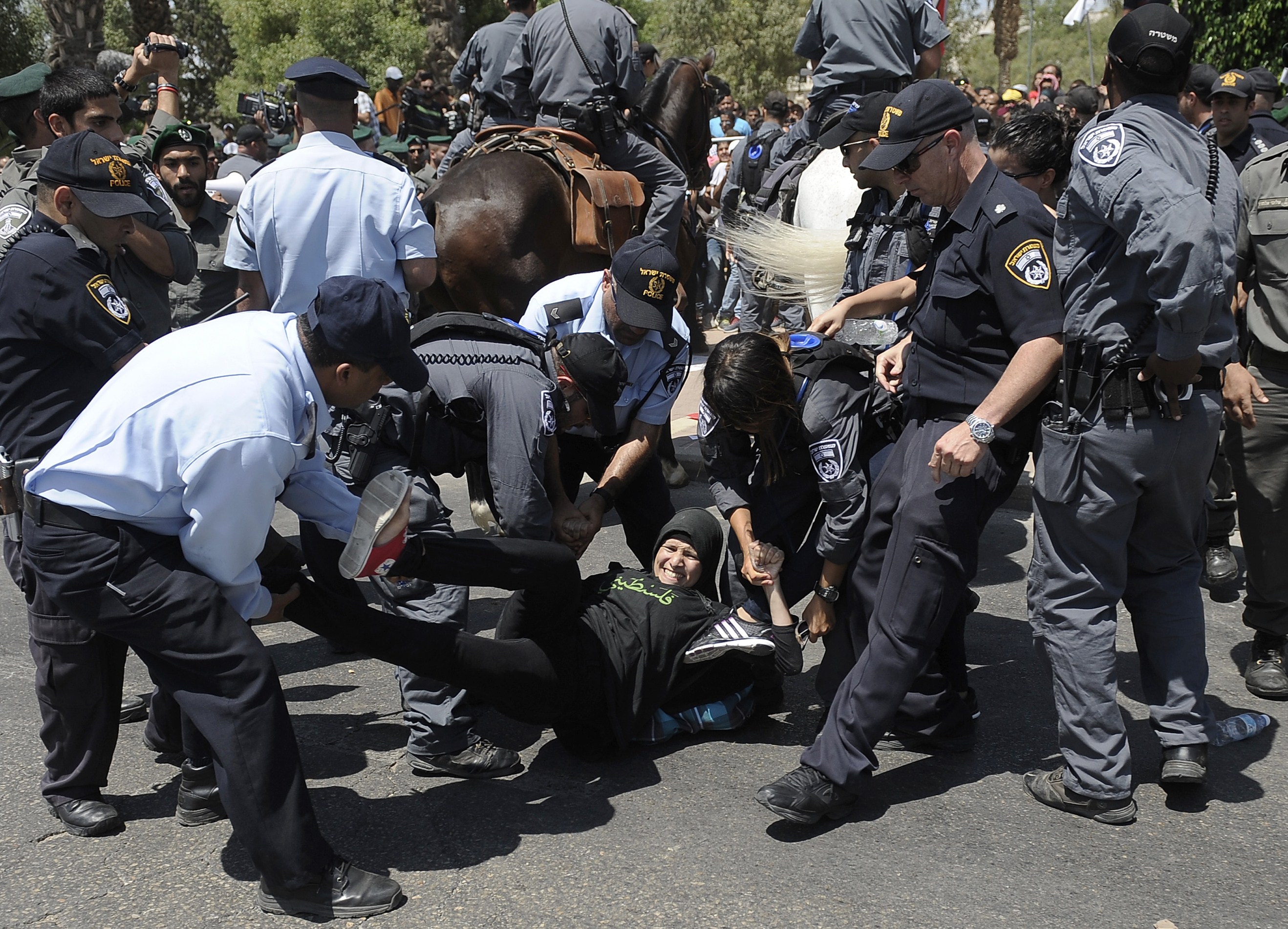 Demonstrators took to the streets across Israel and the West Bank on Monday to denounce the Israeli Prawer Plan that will result in mass displacement of thousands of Arab Bedouins in the Naqab (Negev) desert area south of Israel.

The High Follow-Up Committee for Arab citizens of Israel announced a general strike on Monday, which media reports have called the “rage strike” against the Prawer project.

Israeli police spokeswoman Luba Samri told Palestinian news agency Maan that 14 protesters were arrested after they had blocked a main road in Beer Al-Sabe in Israel.

More protests are expected in Jaffa, Jerusalem, Ramallah, Hebron, Nablus, Lod and Ramla and other cities in Palestine and Israel against the Prawer Plan.

The Popular Front for the Liberation of Palestine organised a solidarity protest in Gaza rejecting the plan and its displacement of Bedouins.

The plan was first proposed in September 2011 by Ehud Prawer, the former Deputy Chair of Israel’s National Security Council. On 24 June the Israeli Knesset approved the Prawer-Begin bill, with 43 votes for and 40 against, after Minister Benny Begin’s remarks were included.

“If fully implemented, the Prawer-Begin Plan will result in the destruction of 35 ‘unrecognised’ Arab Bedouin villages, the forced displacement of up to 70,000 Arab Bedouin citizens of Israel, and the dispossession of their historical lands in the Naqab,” read a statement by Adalah Legal Center for Arab Minority Rights in Israel.

In July 2012 the European parliament’s Working Group on the Middle East condemned the Prawer plan and called on the Israeli government to withdraw it, according to Adalah that had advocated the issue at the Parliament along with the Euro-Mediterranean Human Rights Network.