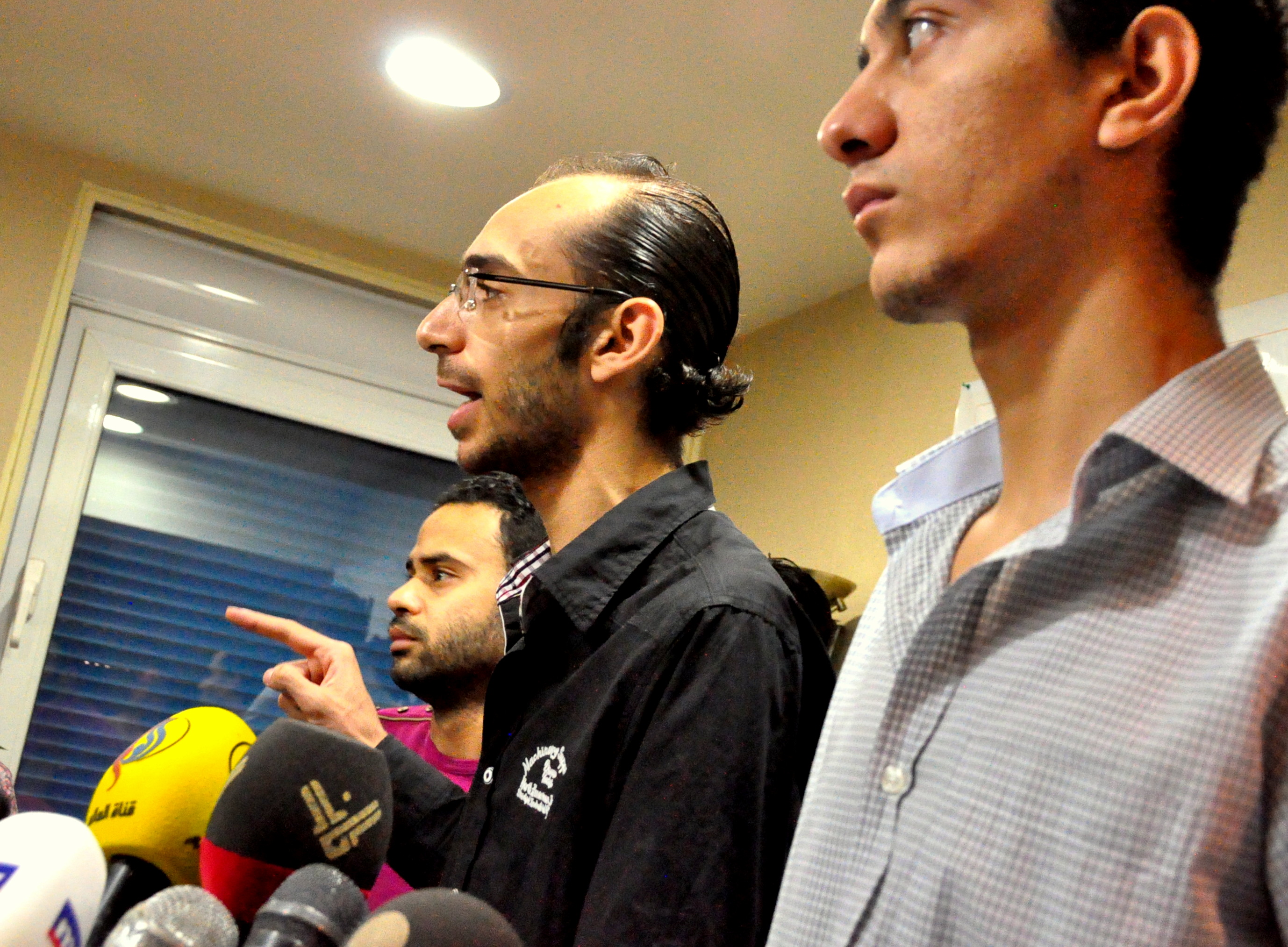 The Tamarod (Rebellion) campaign called for Friday demonstrations “against terror” during their press conference on Monday.

Tamarod spokesman Mahmoud Badr said: “The Egyptian army and people are currently facing a terrorist group that is trying to convince the world that what happened was a military coup.”

Badr claimed that the Muslim Brotherhood is involved in the terror attacks in Sinai, adding that the “Egyptian people should firmly respond to these attacks through demonstrations against terrorism on Friday.”

Badr said that these demonstrations would also “reaffirm that the ouster of former president Mohamed Morsi was according to the will of the people.”

He added that he, along with other members of Tamarod, had refused the invitation by US ambassador Anne Patterson to meet with Deputy Secretary of State William Burns, saying: “We have been saying even before 30 June that the US is on the side of the Brotherhood.”

Badr also underlined the campaign’s demand to try Brotherhood leaders who had called for foreign intervention and incited violence against protesters.

Another Tamarod member, Mohamed Abdel Aziz, qualified this call: “Brotherhood members who weren’t involved in killings are part of the Egyptian society and are welcomed in the political scene [as long as they don’t impose their ideologies],” he said. “We do not speak for the Egyptian people, but it is our duty to send the voice of the revolution to state institutions.”

Badr said that Mohamed ElBaradei, which he described as “an icon of the revolution,” is “proof enough that the revolution also reached the government,” adding that they were keen on choosing qualified people to form a strictly technocratic government.

Abdel Aziz said that despite some reservations, the campaign approved of the constitutional declaration due to its temporary nature. He added that disapproval of the declaration would disrupt the progress of the transitional period, which he said would benefit the Brotherhood.

Abdel Aziz said that the road map stressed the importance of forming the constitution before any parliamentary or presidential elections.

The campaign announced the start of an initiative called Write Your Constitution, aimed at spreading awareness in various areas around the country about the meaning of constitutions and how citizens can contribute to their formation.