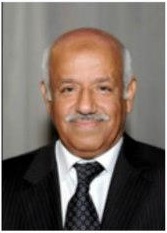 The Supreme Judicial Council (SJC) rejected on Monday a request by former minister of justice Ahmed Suleiman to return to his earlier judicial post as head of the Court of Appeals.

Suleiman had requested to return to his duties as head of the appeals court after he resigned from his post as a justice minister.

Suleiman announced that he would file an appeal against the SJC’s decision, and if the appeal were rejected he would challenge the decision, reported state-owned Al-Ahram.

Suleiman was appointed Minister of Justice to replace Ahmed Mekki in the latest reshuffle of Prime Minister Hesham Qandil’s government on 7 May.

Before becoming minister, Suleiman, 53,was the assistant to the minister of justice for judicial studies and the head of the Court of Appeals.