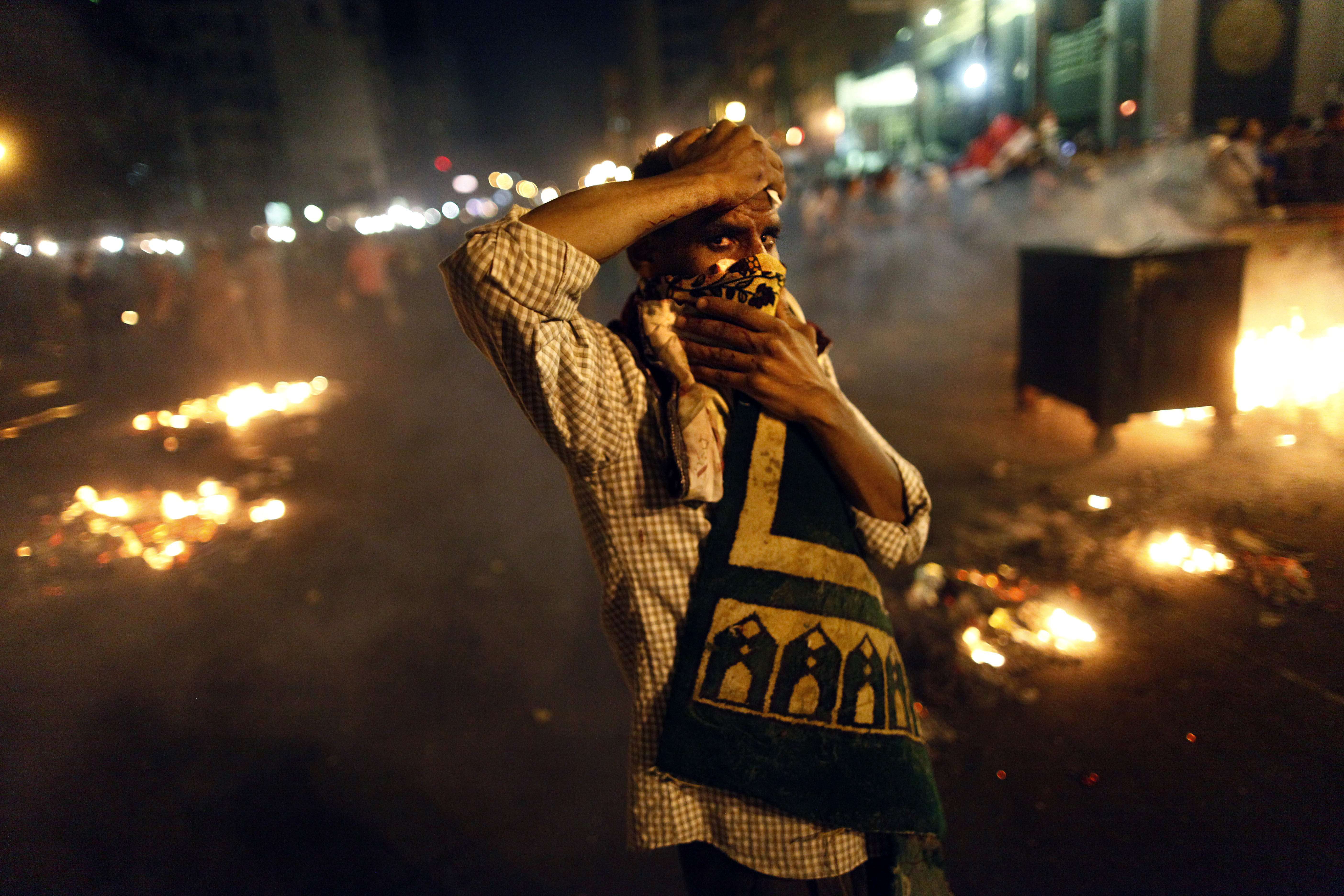 The Egyptian Coalition for Children Rights (ECCR) submitted a letter to the Prosecutor General on Wednesday concerning the aggression on a child in Ramses clashes on Monday. The group also urged all sides to “not use our children in political events” in an official statement on the official website for Arabic Network for Human Rights Information (ANHRI).

“The child screamed in Ramses square due to being hit and chased. He found no one to save him or help him. Even though he was in the hands of people who pretend to defend the values of Islam,” the statement said.

The statement also included information about the video published by Moheet, an Arab news network, entitled: “The aggression of Morsi supporters on a child in Ramses” (in Arabic). Although some comments on the video claim the aggression was committed by anti-Morsi protesters, ECCR maintains the child was hit by Morsi supporters, and asked: “Was this innocent child one of the judges whose Constitutional Court they besieged? […] Was he part of the military men whom they accused of treason only because they did not protect their president?”

“This scene did not take place in occupied Palestine, nor in Syria, nor in Somalia, nor in Bosnia and Herzegovina. It was in Egypt.” The ECCR stressed that the ethics of the Egyptian people and Islam and the forgiving spirit of Ramadan are completely incompatible with such “aggression and brutality”.

ECCR stated that their lawyers “will never relinquish children’s rights”, and that they will deploy all “legal and social means” available to pursue and punish the aggressors.

The group concluded that it has already held the state and all political forces responsible for child abuse, and urged “all society, regardless of political affiliation, to protect children and to not involve them in politics.”