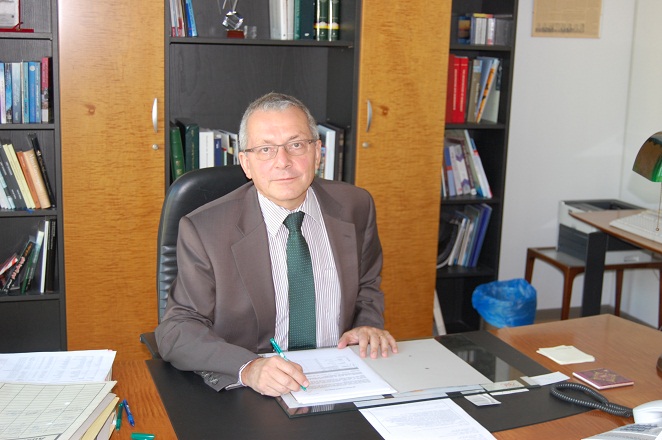 German Ambassador Michael Bock clarified his country’s stance on the situation in Egypt on Wednesday, describing the 30 June demonstrations as the “second wave of the January 25th Revolution” and called for “access” to the former president Mohamed Morsi.

“There was nothing wrong with the first wave [of revolution],” Bock told the Daily News Egypt when asked to qualify his comment. “It is simply that the population was unhappy with one year of President Morsi and his government’s rule.”

He added: “He was democratically elected and the way he ruled was problematic. For a very long time he had the benefit of the doubt because he faced a lot of opposition. At the same time there were some steps taken by the Brotherhood that they themselves describe as errors. There were strong signs of undemocratic behaviour.”

Last week German Foreign Minister Guido Westerwelle called for Morsi to be released, a call Bock echoed. “If the ex-president is not released then he will be regarded as a martyr and people will regard him as a political prisoner,” he explained, stressing that Westerwelle had initially “asked for access to [Morsi] because he has been incommunicado for about a fortnight.”

Bock suggested that an “attorney or a highly respected person have access to him,” adding that he and Westerwelle believe “it would be useful as a contribution to the re-democratisation of the country.”

He confirmed that Westerwelle is still demanding Morsi’s release, but not necessarily “right now,” stressing that the former president should not be held without charge. However, he also warned against charging Morsi as a form of revenge, which he called “politically unwise.”

The armed forces’ road map for the interim period has brought greater stability to the political situation, Bock said, adding that the timeframe for the road map is “quite fast.”

“The determination from the military is clear and there is no doubt about it,” Bock said, adding that Germany “is trying to help Egypt on its difficult path” to democracy. The most important part, he said, should be to end the suffering of the Egyptian people.

The ambassador believes the armed forces “are honest in what they are doing.”

“I don’t think the military want to cling to power, not only because they said so but it is simply not in their interest,” Bock said, adding his view that “they will step further away [from political life]… Give them time; nobody should criticise them right now for continuing what they started.”

Bock stressed the importance of reconciliation in allowing Egypt to move forward, emphasising that the Freedom and Justice Party and the Muslim Brotherhood must be included and contribute politically because they are “a reality and nobody can do away with them. They are a strong segment of society.” He cautioned that this might be “quite difficult to realise now because they feel cornered” and that reconciliation will be made harder “if the leaders of this movement become political prisoners because they will stay cornered, and then go underground.”

Bock confirmed that he speaks to all political parties and groups including the Brotherhood, interim government representatives and the armed forces. His message to the Brotherhood is: “In spite of what happened over the last two weeks, do not say goodbye to democracy. They should further participate and they are invited to participate in political life because they have something to contribute.” Bock did however condemn some speeches made by the Brotherhood as an “instigation of violence.”

Following what he described as “selective” reporting from Egyptian media, Bock clarified: “our minister was broadly quoted having said what happened was a setback for democracy… This was never called a coup d’etat by him or any other high ranking representatives.” The ambassador pointed out that Egyptian media did not publish comments made by the German President Joachim Gauck, who had said: “In a situation in which there is a risk of civil war, extraordinary measures must be taken.’”

Westerwelle’s description of Morsi’s ouster as a “set-back for democracy” were taken out of context by the Egyptian media, Bock says, explaining that the foreign minister had gone on to say, “‘Germany remains willing to support the development of a new democratic order in Egypt.’”