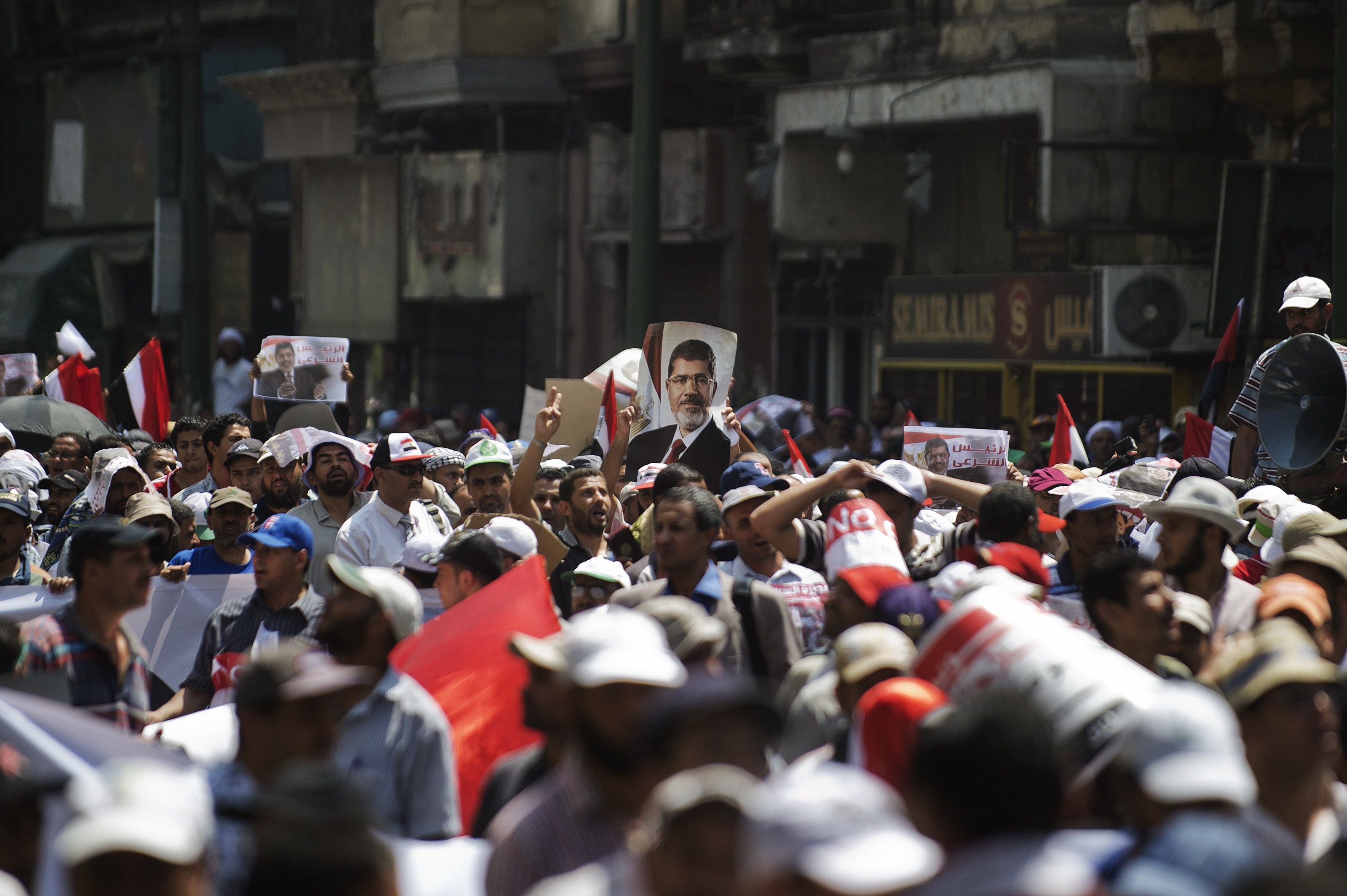 A few thousand supporters of ousted president Mohamed Morsi demonstrated near the Cabinet building in downtown Cairo on Wednesday afternoon in reaction to the new government formed under interim prime minister Hazem El-Beblawi.

Deputy Chairman of the Muslim Brotherhood’s Freedom and Justice Party (FJP) called for demonstrators to go to the Cabinet building, saying that they had mobilised “to show that a majority of the people reject the coup leaders’ rewarding of their political partners for betraying the principles of democracy,” in a statement he posted on Facebook.

“We stand by the legitimacy that came with the [dissolved] People’s Assembly, the [dissolved] Shura Council and presidential elections,” said protester Youssef Abdel Rahim. “The formation of this government is illegitimate. It is built on a coup in which [Commander-in-Chief of the Armed Forces Abdul Fatah] Al-Sisi appointed himself Deputy Prime Minister,” he added.

“Also, El-Beblawi is 77 years old. This is a cabinet of old men. Where are the youth?” he asked.

“The days of Mubarak are back,” said demonstrator Osama Talib, 23. “Police are killing protesters and there are tanks everywhere on the street.”

“People are afraid. Even the government is afraid. Even if we elect another president, he will be afraid that the armed forces will oust him,” he added.

The pro-Morsi march made its way from the Cabinet building through Garden City and towards Cairo University, where other supporters of the ousted president have carried out a sit-in.

The march was turned away by police without altercation as it neared Tahrir Square, forcing the demonstrators to cross the Nile through the island of Manial, where at least six were killed in clashes with Morsi supporters earlier this month.

Police separated angry residents from the march as it passed through towards Al-Nahda Square.

Protesters chanted: “the army is with us, Al-Sisi isn’t,” as they marched past soldiers stationed on bridges on the way to Cairo University as they held banners in English and Arabic calling for the “restoration of democracy.”