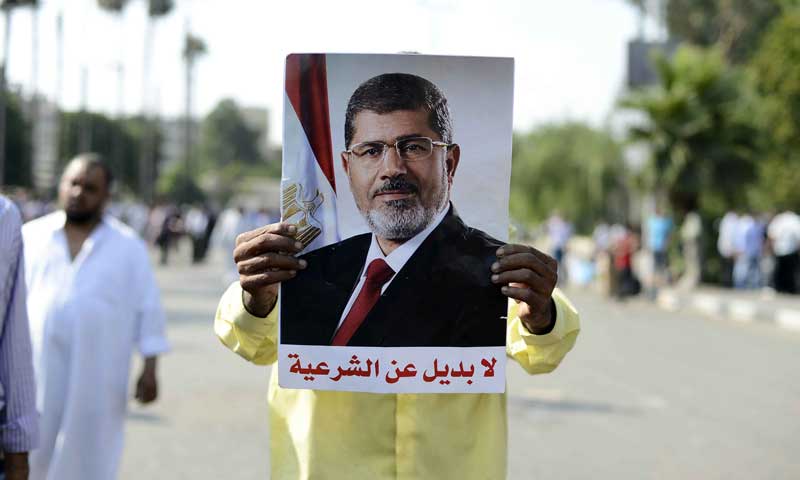 Ahmad Hamdy, secretary and media spokesman for Al-Dostour Party, stated that 1,000 supporters of the former president had launched a march to Dar Al-Emam, a Muslim Brotherhood stronghold.

“Residents of the area [had been upset] by the supporters’ chants before the clashes broke out between them, leading to assault and rock-throwing from both sides,” said Hamdy.

He added that there is currently a widespread antipathy towards the Brotherhood among local residents, which can often trigger confrontations.

“They occupied the headquarters and threw away all its belongings before setting it on fire,” said Al-Morsi.

Al-Morsi claimed at least ten Morsi supporters were injured in the clash.

Eyewitnesses said that police arrested one of the Brotherhood leaders and used teargas to separate pro-Morsi protesters from the residents.

Morsi supporters have been taking to the streets nationwide since the president’s ouster on 3 July.