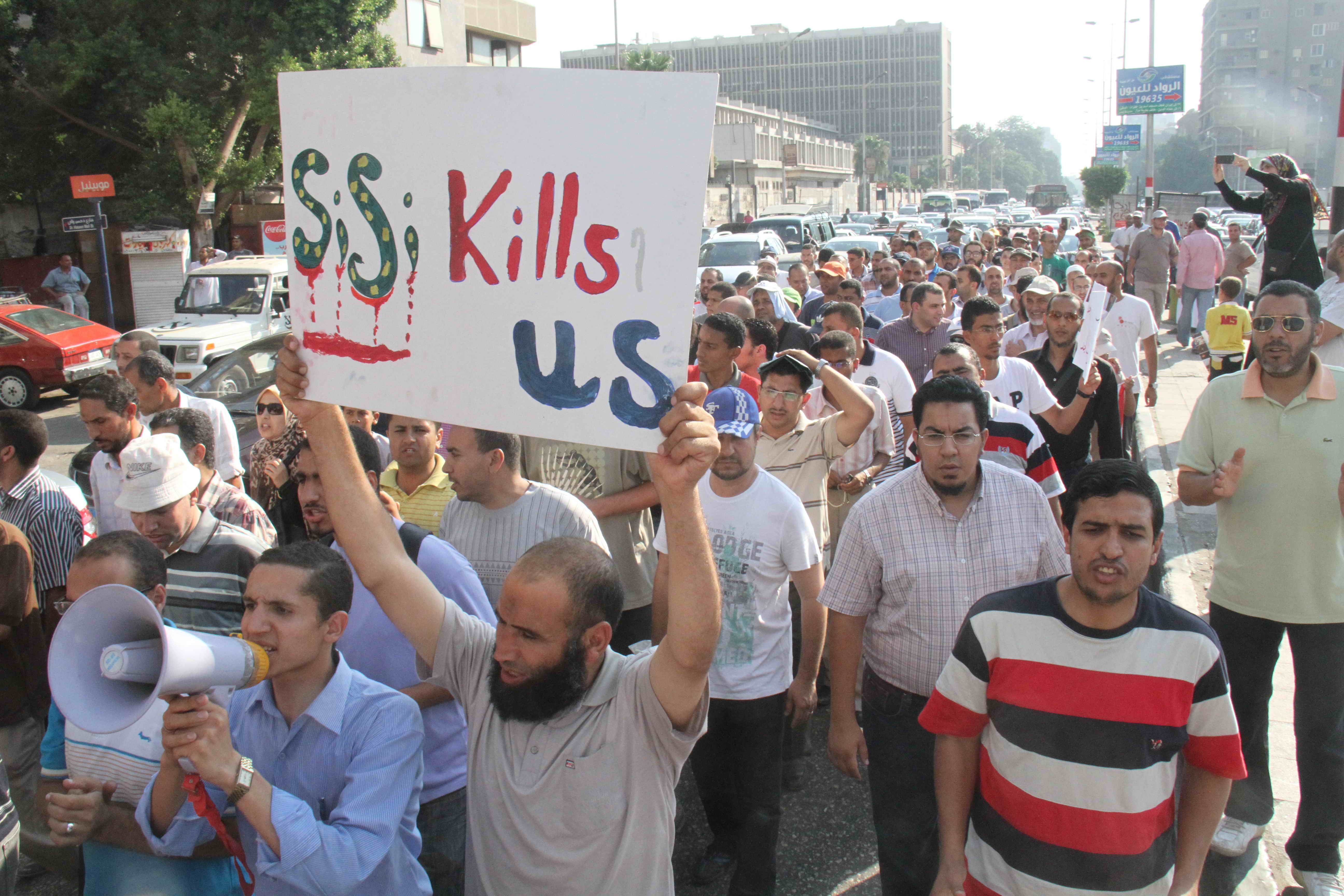 On the anniversary of the 10th of Ramadan (6 October 1973 war with Israel), Egypt is “living through a dark nightmare,” the Muslim Brotherhood said in a statement released on Thursday.

The army, “which had no political role,” defeated Israel in the 1973 October War during Ramadan, the statement said, as opposed to the 1967 Six Day War, during which the army was “involved in politics” and “neglected its real military duties” that led to the loss.

The statement said that due to the current military intervention in politics, there is a threat to Egypt’s national security, a threat of civil war, discord between the people and the army and “a treacherous split within the ranks of the army itself.”

By detaining former president Mohamed Morsi and firing at peaceful civilian protesters, the commanders of the military coup have “betrayed the trust of the people and the oath they took and violated constitutional legitimacy,” the Brotherhood said.

The Brotherhood added it “trusts that the army will not agree to such a heinous coup and gross usurpation of power.”

“Our congratulations to the people of Egypt and their army on this great occasion are marred by current threats,” the statement said, as coup commanders “push Egypt through a dark tunnel, to the edge of an unfathomable abyss.”

The statement said that on Friday, the 10th of Ramadan, the people must make this day a victory by creating large demonstrations that will “deafen the ears of coup commanders” and remove them.

The large number of protesters that have been involved in demonstrations and sit-ins for three weeks “will not give up its solid determination to restore legitimacy and abolish all the coup’s decrees, actions, and processes, using all peaceful means, whatever the cost,” the statement said.

The armed forces are “our brothers and our sons,” the Brotherhood said, and that they’re held in high regard, as they “protect us and defend the homeland.”

The Brotherhood said to reject anyone that tries to “sow sedition or strife between us the people and the army.”

The 10th of Ramadan is the day Egypt ended its war with Israel in 1973.