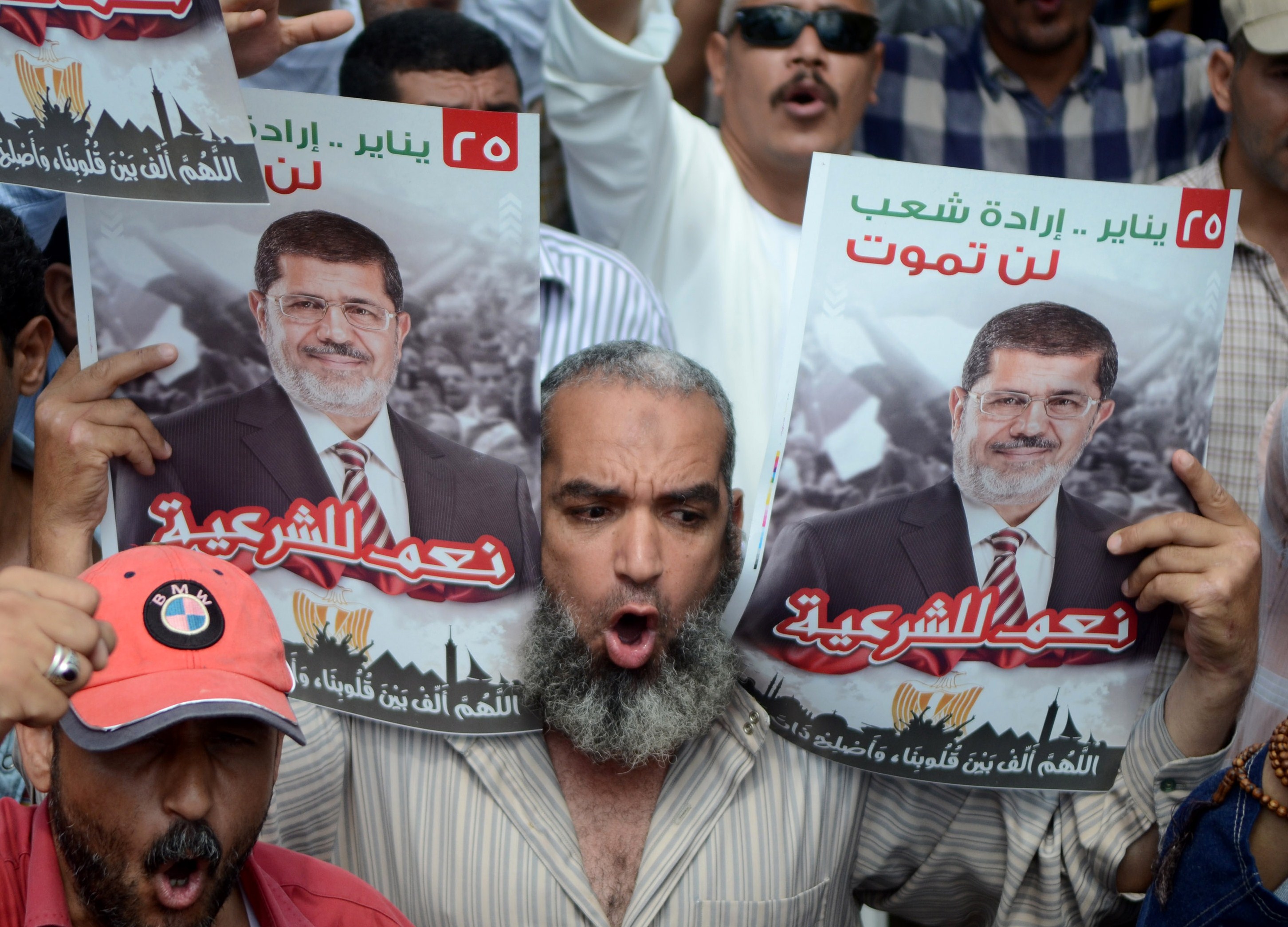 Protesters gathered in front of gates two and four of the media complex to object to the shutting down of religious channels and to what they called a “biased media”. They marched from Al-Nahda Square in Giza to the MPC, which is located in 6th of October City.

Protesters climbed over military APCs stationed outside the building and the MPC billboard, waving Egyptian flags and writing the slogan “No to military rule” on the walls of the media complex.

According to MENA state news service, the demonstrators also blocked Al-Wahat road for about an hour, but it was later reopened.

The sit-in started as a response to a call by leading Islamist figure, Hazem Salah Abu Ismail, to “purify” the mainstream media. Pro-Morsi protesters took to the streets and congregated at Rabaa Al-Adaweya Square, Mansoura and elsewhere.

The army deployed personnel at the MPC in the lead up to the mass protests of 30 June, according to MENA.