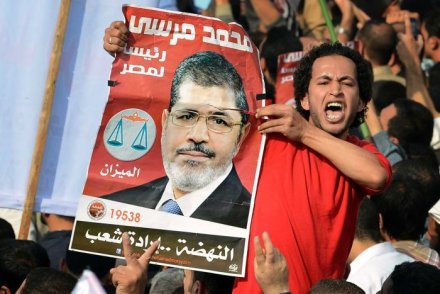 Al-Nour Party said they had warned the Muslim Brotherhood about a possible uprising, and had deemed Morsi’s 100-day project a “drastic failure” in a statement released on Friday night.

The party stated that the Brotherhood had acknowledged its failure in addressing the state’s basic issues, which contributed to the desire of the people to oust Morsi after the end of the first 100-day period.

Islamist parties, including Al-Nour, had urged the public that this project shouldn’t be considered as an accurate evaluation of the presidency, because the constitution had not been amended yet at that time, the statement said.

Al-Nour had expected that a government stronger than that of Hesham Qandil’s might take power and that Brotherhood leader Khairat El-Shater would have been assigned prime minister of that government, the statement added.

Al-Nour also claimed that despite justifications to refer legislation to the Shura council, the Brotherhood restored a number of laws that eliminated the attainment of social justice.

The party claimed they had warned the Brotherhood against appointing members of the Freedom and Justice Party (FJP), since society would perceive that it was confronting another National Democratic Party (former president Hosni Mubarak’s political party).

Al-Nour condemned many of Morsi’s actions, such as assigning FJP members as governors, turning Islamists against secularists and calling for Islamists to rally to prevent protesters from approaching the presidential palace.

The statement concluded that Al-Nour agrees with the ouster of Morsi for the sake of public interest and justified their withdrawal from pro-Morsi demonstrations on 21 June to avoid further conflict.