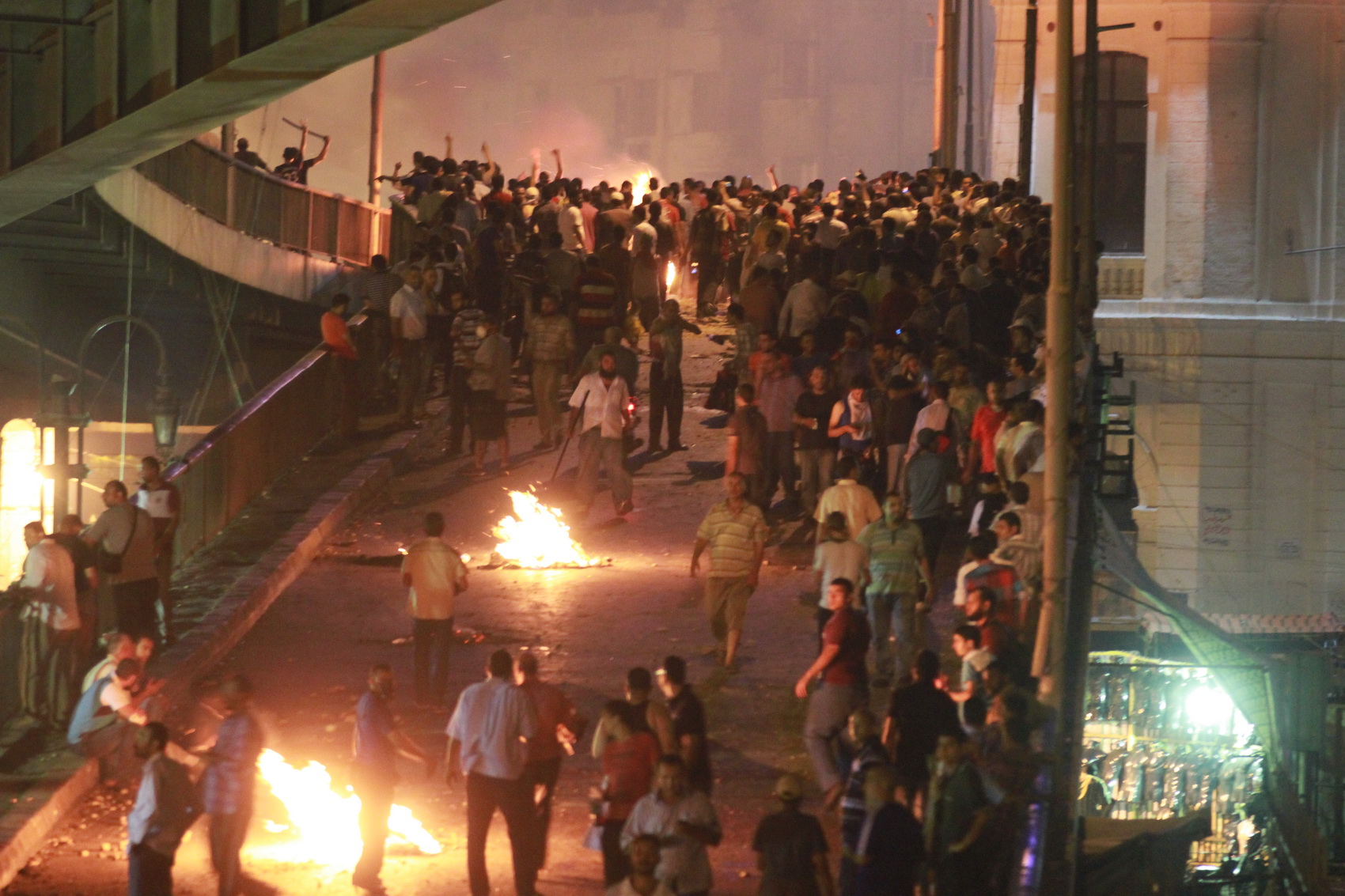 The arrest warrants were issued after a National Security Service investigation showed that the five accused had urged seven registered criminals to lead pro-Morsi protesters to clash with the police, to block roads and to “terrorise” innocent people, according to MENA.

MENA reported that the prosecution had already ordered the imprisonment of 70 pro-Morsi protesters during the Ramses clashes for 15 days pending investigations. All 70 were charged with attempted murder, use of force, possession of unlicensed weapons, destruction of public facilities and carrying explosive devices such as molotov cocktails.

The investigation also showed that pro-Morsi protesters tried to storm Al-Azbakeya Prison, but failed when residents of Ramses and policemen blocked them. Pro-Morsi protesters responded by “shooting fire” that caused the injury of 70 people, including 15 police officers, MENA reported.

Brotherhood leaders Mohamed Badie and Mohamed Al-Betagy had arrest warrants issued to them earlier this month as well. They and eight other high-level Islamists were charged with inciting violence in front of the Republican Guards headquarters.