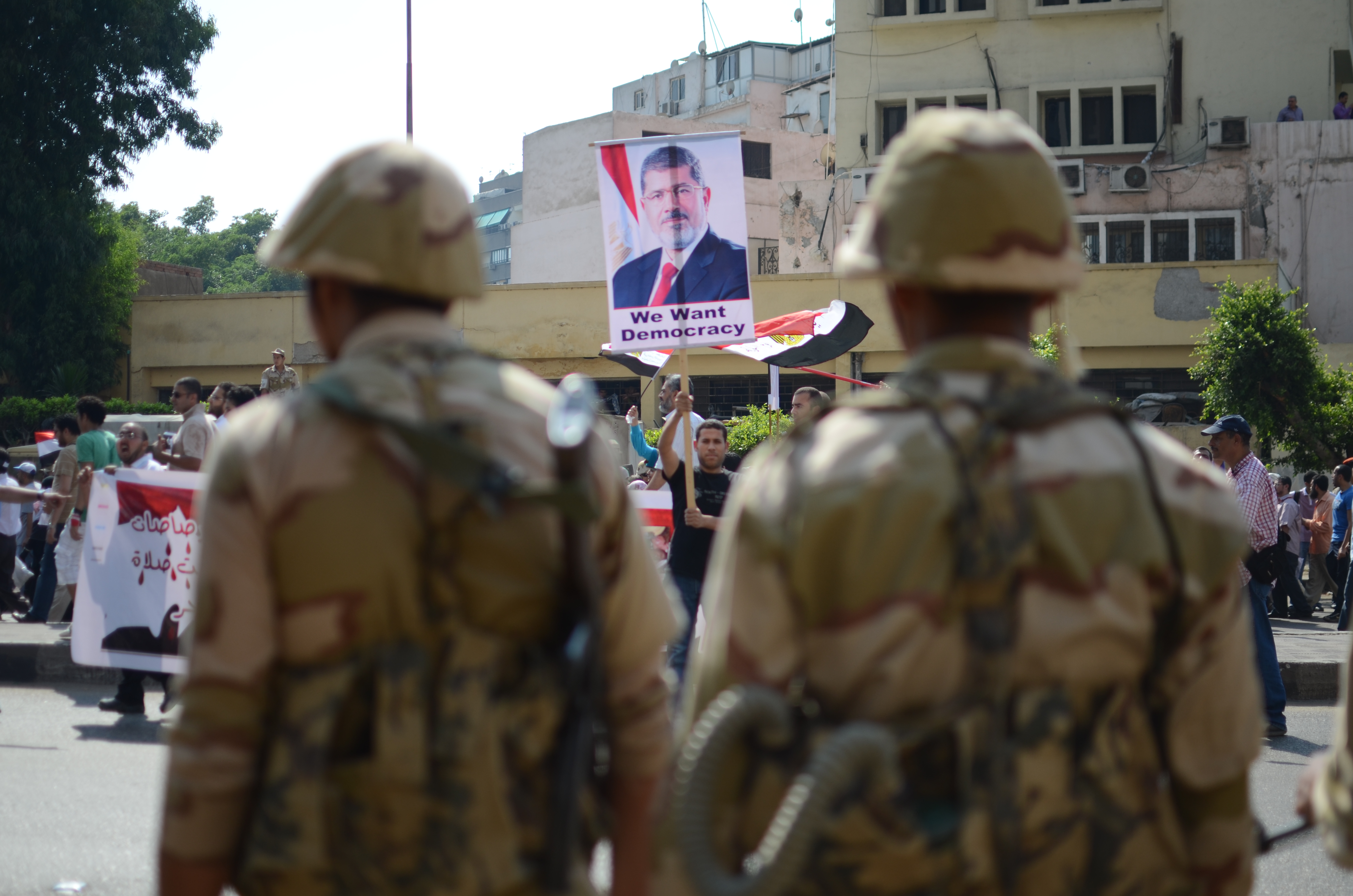 There are no divisions in the army, despite attempts by the Muslim Brotherhood to portray the 8 April Army Officers movement as defectors, the group said in a statement on Saturday.

The officers said the Brotherhood has tried to take advantage of the movement for political gain by circulating old videos of the officers from 8 April 2011 as though they were new, in an attempt to portray the military as divided.

The movement called upon Minister of Defence Colonel General Abdul Fatah Al-Sisi to issue a declaration ordering the release of conscript Sayed Mady Sayed Abdelrahman for the occasion of Eid Al-Fitr. Abdelrahman had been arrested during the Mohamed Mahmoud clashes in 2011 for “inciting strife” within the army.

The movement also announced they are closing their Facebook page to prevent their name from “being taken advantage of in any conflicts or struggles that would split the unity of Egyptians and achieve personal or political goals for people or groups.”

“We are not and will not become men of politics; we don’t have personal goals,” the statement said. “We are men of the armed forces and our objective and our duty is to protect the nation and the capabilities of our great people.”

The Brotherhood has also spread rumors that the detained 8 April officers were released by order of the former president Mohamed Morsi, when in reality three out of the four groups of officers were released before Morsi became president, the statement said. The final group was released two months after Morsi came to power due to orders from army commanders without any help from the president, the statement added.

“The presidential pardon that he issued did not apply to us and did not release any one of the [detained] officers,” the officers continued, “and even when some respectable members of the former parliament began collecting signatures calling for our release, all of the Freedom and Justice Party (FJP) and Al-Nour Party parliament members refused to take part in collecting signatures.”

“When the petition was reported by Al-Watan newspaper,” the statement said, “one of the FJP members responded by saying that the matter wasn’t even presented in the people’s assembly.”

“This is lying and deceiving and manipulation by all standards from a faction that exploits everything in order to achieve its personal agenda.”

The officers said that they, as well as the Egyptian people, are aware of “the conspiracy” against the Egyptian army, as “it is the only remaining Arab army facing the New Middle East Order after the destruction of the Iraqi, Syrian and Libyan armies.”

The movement said that as a result of this conspiracy, Al-Sisi has been “developing and modernising the armed forces to the fullest.”

The officers said that the continued attacks on military installations and soldiers, confiscated military uniforms and weapons that were with civilians, and rumours about the army are “part of the conspiracy and a fierce campaign against our great army, that unfortunately a domestic faction participates in and wants the destruction of our unity to achieve private goals and agendas.”

The statement said that the events of 8 April 2011, when the officers stood in solidarity with the protesters in Tahrir Square, was a demand for former president Hosni Mubarak and his aides to stand trial and a call for retribution for those that were killed during the revolution, not an attack on the army or a division.

“We are not a special entity inside the military institution, but we and all of our colleagues are ready to sacrifice our lives for our country,” the officers said.

The movement stressed that they are a part of the military institution with their loyalty being only to Egypt and its people, while respecting and supporting the military leaders “in their latest decisions to be completely objective to the will of the Egyptian people, because the people are the source of power and legitimacy.”