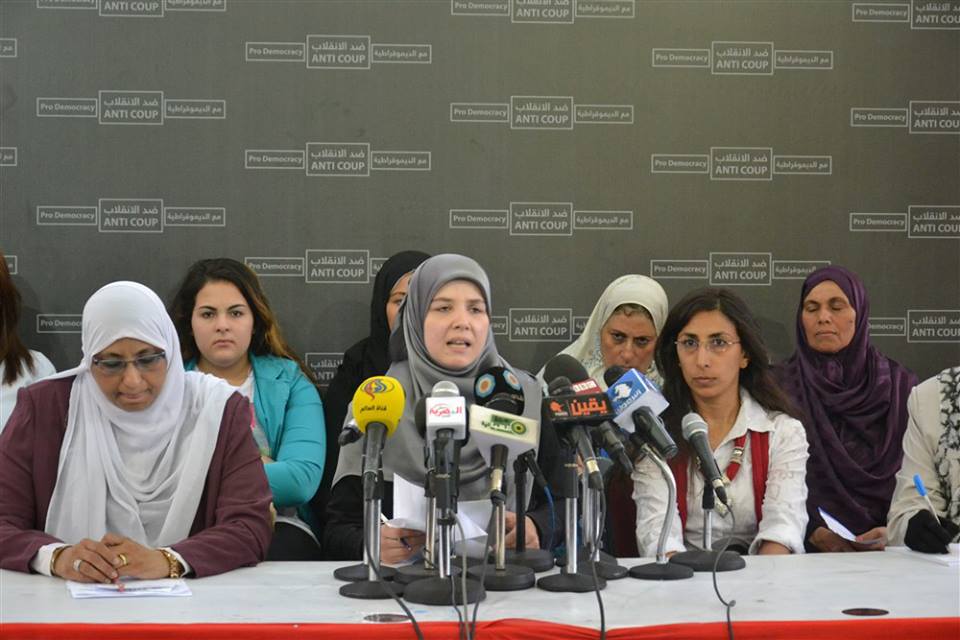 Bloodshed will only strengthen our confidence, Women against the Coup said in a Saturday press conference, condemning the deadly clashes that left three women dead and one unconscious in Mansoura the day before.

The clashes occurred when unknown assailants attacked a march by Morsi supporters on Friday evening. The group released a statement calling the incident “a massacre against the women and girls of Egypt”, claiming that the forces behind the 30 June uprising, including Defence Minister Abdul Fatah Al-Sisi and several interior ministry officials are to be held responsible for the killings.

The group said the female protesters were participating in a peaceful demonstration and that they were attacked for voicing their support for legitimacy and opposition to the “military coup”. They added that the unknown assailants were “thugs armed with live ammunition and melee weapons,” and had specifically targeted the women in the march.

According to Hoda Abdelmeineim, a lawyer and member of Women against the Coup, the gunshot wounds that killed the three protesters were in the head and stomach. She argued that the attack was premeditated since women were sandwiched in the middle of the march as a safety precaution.

She strongly criticised civil society for “failing to condemn” the killings and called on all human rights organisations to immediately investigate the incident.

Although Abdelmeineim claimed that the assailants were “paid thugs,” Sonia Abdelalim, an eyewitness and speaker at the press conference, maintained that they were security personnel dressed as civilians.

Women against the Coup announced that funeral proceedings for the three casualties are to take place at Al-Nour Mosque on Sunday. It will be followed by a women’s march to the Ministry of Defence.

The public prosecutor on Saturday ordered an investigation into Friday’s clashes.