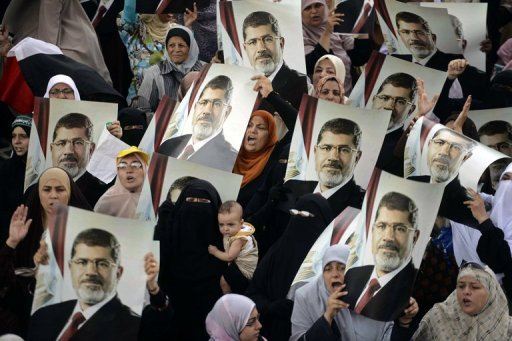 More than 100 were injured in clashes between supporters of ousted president Mohamed Morsi and local residents in Al-Arbaeen square in Suez on Sunday night.

The 112 reported injured included two children and three cases of severe injuries; however, no deaths were reported. Live ammunition and birdshot were used in the clashes.

Asmaa Ezat, 10, and Sayed Mohamed, 15, sustained birdshot wounds to the head, while three others suffered shots to the eyes.

A march by pro-Morsi demonstrators approached Al-Arbaeen Square, which led to clashes between the marchers and protesters gathered there, as well as nearby residents.

“80% of the injuries are among residents of the area,” said the Daily News Egypt correspondent in Suez, Hassan Ghonema; he added that the clashes lasted at least seven hours and until the early hours on Monday morning.

Ghonema noted that the army had not taken part in the clashes, withBrigadier Aahel Al-Araby, commander of military security,saying the army had adhered to a policy of restraint given “a plot to involve the army in Suez clashes.”

The army tightened security around vital installations in Suez, including the canal, the port, roads and Suez entrances.

Some of the injured filed reports against Muslim Brotherhood leaders, accusing them of inciting violence, reported state news agency MENA.