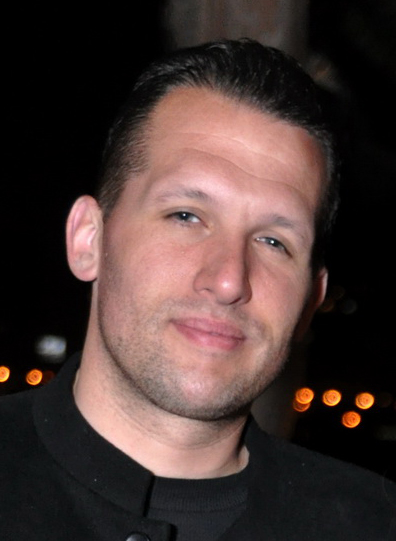 Many schools are using an international curriculum even if they’re not using the IB. They are teaching international culture, history and perspectives, and those particular features make it international. Some feel that if a school has at least two of the characteristics noted above it should be considered an international school. Furthermore, no matter the make-up of the student population, or the curriculum employed, the school should instil an “international-mindedness” among its students. This is what the IBO (International Baccalaureate Organisation) claim sets them apart from other programs, according to the IBO: “It is a philosophy students will carry with them through the rest of their lives. Students should realise that there’s a big world out there and there’s more than just your own country and culture.”

The ISC provides a very simple definition of what is required to be included in their database of over 6000 international schools around the world: “A school is included on our database if it teaches wholly or partly in English outside an English-speaking country. Language schools are therefore completely different and are excluded.” The Bridge Egypt Publication selected the top 40 international schools based upon a number of these standards as well as the history and reputation of these schools in the country and this listing is updated periodically.

In 1997 there was a decree by the Ministry of Education that set a number of requirements for schools to receive a license in order to become an international school. The lack of proper observation during this process caused a huge increase in international schools in a very short period of time, unfortunately, it also led to a huge decline in the quality of the teaching and learning environment at the majority of these new international schools in Egypt. Luckily, a few years ago, in 2010, the then Minister of Education Ahmed Zaki Badr, decided to put an end to giving out licenses and would start to review the existing ones. In terms of improving the teaching and learning environment this was great news. The deputy minister for high school education and head of central administration for private education, Wagdy Afifi, stated at that time that there should first be approval for the Authority for Educational Buildings; secondly, an approval of an international accreditation agency; thirdly, an evaluation by experts and consultants at the Ministry of the textbooks and syllabi to be taught at the school as their content has to be equivalent to Thanawiya Amma. If approved, the fourth step would be an examination of the school from a body of administrators, accountants, technicians, lawyers and an engineer from the Authority for Educational Buildings. Lastly, the committee for International School Affairs would meet, evaluate and examine the school’s file and accordingly grant it the license or rejects its request. Fast forward to today. The quality of the teaching and learning environment, as well as the facilities, teaching staff and curricula at international schools in Egypt needs an official body from the government to monitor and observe, in particular the majority of the international schools that received a license since 1997, in order to assure quality international education in Egypt.

In order to understand the structure of the international schools in Egypt it is best to make a clear divide between all the streams; be it American, British, Canadian, German, French or general. Lifting the veil for each stream can be a bit tricky sometimes. Each stream has a unique background in terms of organisation and set up. However, for some streams it is easier to gather information than others. Where the American and British Principals are usually open to discuss educational matters, the Canadian, French and German are a bit more reluctant. But there is a reason for this reluctance. The Canadian and German international schools in Egypt have strong support from their government and this of course results in having to deal with different levels of approval and bureaucracy. For the Canadian schools it is not that difficult to get an overview of the system and the different diplomas it supports. The Canadian ambassador recently mentioned in his speech at the Heritage International School graduation how proud he was on the progress made by management in the past decade and it was obvious just by looking at and talking to some of the graduating students. Such progress is inevitable without direct involvement and support from the Canadian government.

Dealing with French schools is a different story; each school seems to run as a separate entity with French culture and etiquette as their prime drive. Therefore it takes time to build a relationship with management in order to clearly understand each school. For the German schools however, we had to get our information from DAAD (the German Academic Exchange Service), in order to get a more clear overview of their schools in Egypt. The German educational system is one of the most disciplined and rigorous in the world and also one of the most successful.

It is interesting to see how each stream is viewed differently when it comes to accreditation. Opinions are extremely varied from some that state: “Parents looking for a new school for their child should not be impressed with the accreditation label.” to others that state: “Ongoing accreditation protects the reputation of alumni’s graduation certificates and ensures continued worldwide respect for their diplomas.” Yes, accreditation is necessary and required but it is also important for parents to research what each type of accreditation actually means and represents; the standards and actual leverage towards the overall quality of a school.

One of the challenges in international education in Egypt is the struggle between management and the influence of ownership. In the past few years there have been several incidents that have torn apart the structure of some schools and created completely new schools as a result. Author Michael Bufano states: “some owners micro-manage resources and refuse to invest in the latest educational technology because they are only thinking about their wallets today and not the schools’ ability to compete a few years from now. As a result of these problems, schools like these tend to have high teacher turnover rates and low classroom expectations. Liberal-minded owners, on the other hand, seek out constructive criticism, reward hard work and place the improvement of the school’s educational standards over short term profits. The results are a more productive faculty, a flexible style of management and higher class room expectations for students and teachers. Rarely do we find a school’s ownership that is a perfect reflection of one side of the ideological conflict.   Most schools tend to reflect a complex mix of both mentalities.”

Author Ben Rhules poses the question: “can owners really put the welfare of education of their students before the return investment of shareholders and investors? Owners could continue to run successful businesses and to prove a much coveted service to Egyptian youth, whilst assuring the parents, the guardians and the local authorities who choose to fund the business, that at the very least, an acceptable level of care and skill will be found regardless of the choice.”

Author Jessica Martin on schools that offer more than one curriculum: “Overall, the business of running an international school is not an easy task.  Finding unique angles in a highly competitive market is difficult in any sector, but less easy to accomplish by the owners of these schools only.  What owners are seeing more and more is that the competitive edge comes from within:  the blend of administration, teachers, staff and students that create a highly valuable educational experience.  While fancy facilities, state-of-the-art technology and creative curricula are obvious perks, for many, it comes down to the environment created by the people within the school itself.  When owners’ decisions affect this component of the equation, it becomes incredibly hard to strike a balance and satisfy stakeholders, regardless of what new ‘things’ they may add.”

Why study at an international school?

The social impact of international schools on Egyptian society is quite big. At a recent graduation of an international school in Cairo students were commended on their success and motivated to go study abroad. On the other hand, at Prize Giving Day at the British School in Alexandria the British Consul, Mrs. Marie Louis Archer, touched upon a very important issue; even if students would study abroad, it is of utmost importance to eventually come back to Egypt and contribute to the development and improvement of society.

The overall standard of education in Egypt has declined tremendously in the past two decades. On the other hand, international schools that have upheld the importance of quality education, as well as a few private universities, have had a very positive effect on the development of students, hence on the economy. Public education can learn a lot from international schools, in particular the top tier ones. Exchanges can result in positive changes and developments within the public education sector and eventually gain governmental support. It is a long way, but nothing happens overnight.

Henri Kors is the Editor in Chief of The Bridge Egypt and Executive Director of ISTER Ltd. MENA.

The Bridge is a Monthly; School oriented Publication that focuses on all aspects of life at International Schools in Greater Cairo and Egypt at large. For over a decade he was a Language and ICT teacher at a number of International Schools in the Middle East and Asia. He has a background in Business and Media and currently lives and works between the Middle East and Asia.