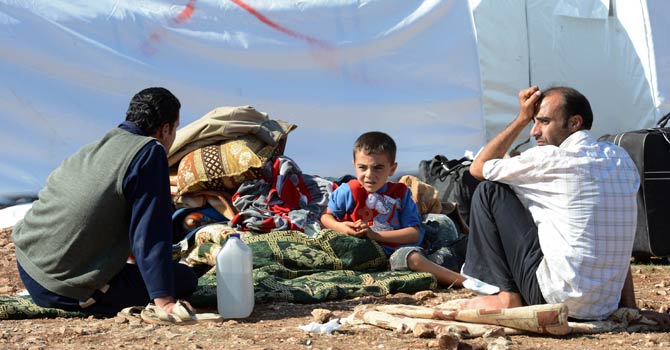 Egypt will not charge entry visa fees for Syrian refugees, the foreign ministry said in a Monday statement.

“Issuing entry visas for Syrians is a temporary measure,” according to Foreign Minister Nabil Fahmy, and is “inherently linked to the current conditions of the country.”

Egyptian authorities recently set new entry requirements for Syrian refugees, who must now have an Egyptian entry visa upon arrival. Previously, Syrians could enter the country with their passports alone.

He added that Egypt welcomes the Syrian refugees and that they are “treated as Egyptians when it comes to services.”

Nine human rights organisations, including the Arabic Network for Human Rights Information (ANHRI) issued a statement condemning hate speech against Syrian and Palestinian refugees in local news, describing the act as “irresponsible” and as an “incitement that threatens more than 200,000 Syrian refugees living in Egypt under unenviable circumstances.”

Abdel Atty said the government affirms that Egypt is a “second homeland” to Syrians, saying “We were one people and one nation.” He also stressed that Syrians as a whole should not be penalised for the actsof individuals.