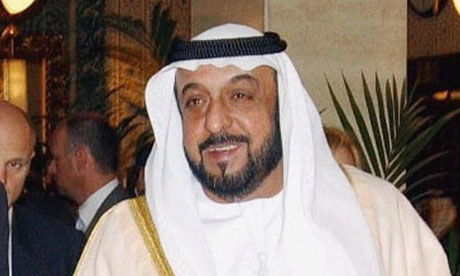 The United Arab Emirates has launched the Egypt in Our Heart campaign, which will contribute to infrastructure development in Egypt’s governates, upon directives of Emirati President Sheikh Khalifa bin Zayed Al-Nahyan.

“Collaboration with the UAE will help start these initiatives in several ministries and sectors, including health, education and the tertiary sector,” said Marwa Alaa El-Din, a media official at the Egyptian Red Crescent Society.

“The initiative also aims to help Egyptian youth start their own business by granting them small loans and training them to secure well-paying jobs,” the Egyptian Red Crescent said in a press release.

The RCA said its Egyptian counterpart has shown full readiness to offer facilitations to those sectors, adding that “it would not spare any effort to implement the initiative that includes the rehabilitation of hospitals, schools and other services.”

Mohammed Al-Ateeq Al-Falahi, Secretary General of the RCA, said in an official statement that the UAE’s developmental initiative “reflects Sheikh Khalifa’s interest to boost these three sectors in Egypt.”

“It is a duty dictated by the historical and strategic relations between the two brotherly countries and peoples,” Falahi said, adding that the Egyptian workforce has significantly contributed to the development and growth of their own country.

The UAE began appealing for public and high-profiles figures, corporations and institutions to start contributing to the campaign.