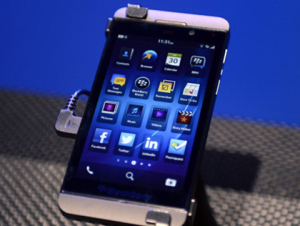 Microsoft and BlackBerry have both announced their decision to reduce their prices in an attempt to increase sales.

Both global companies face fierce competition with Apple, Google and Samsung on smartphones and tablets.

Earlier this month, BlackBerry announced in a press release accompanying BlackBerry’s quarterly reports that of 6.8m sales during the quarter, 2.7m were BlackBerry Z10 and BlackBerry Q10, selling fewer phones in those three months compared to the same period last year. However, it did not state how many Q10 devices it sold.

The global subscriber base of BlackBerry has shrunk to 72 million users in the first fiscal quarter, down by 4 million subscribers.

BlackBerry stated that it would be posting net losses in the second quarter because of the market’s competitiveness, especially with the existence of Android and Apple phones in the market. In its quarterly reports, it reported an $84m loss for its last quarter.

Microsoft on the other hand sold 1.8m units while Apple’s iPad and iPad Mini has sold 19.5m.

In the first three months of this year, around 49.2m tablets were shipped, and about 900,000 of those were Surface RT tablets.