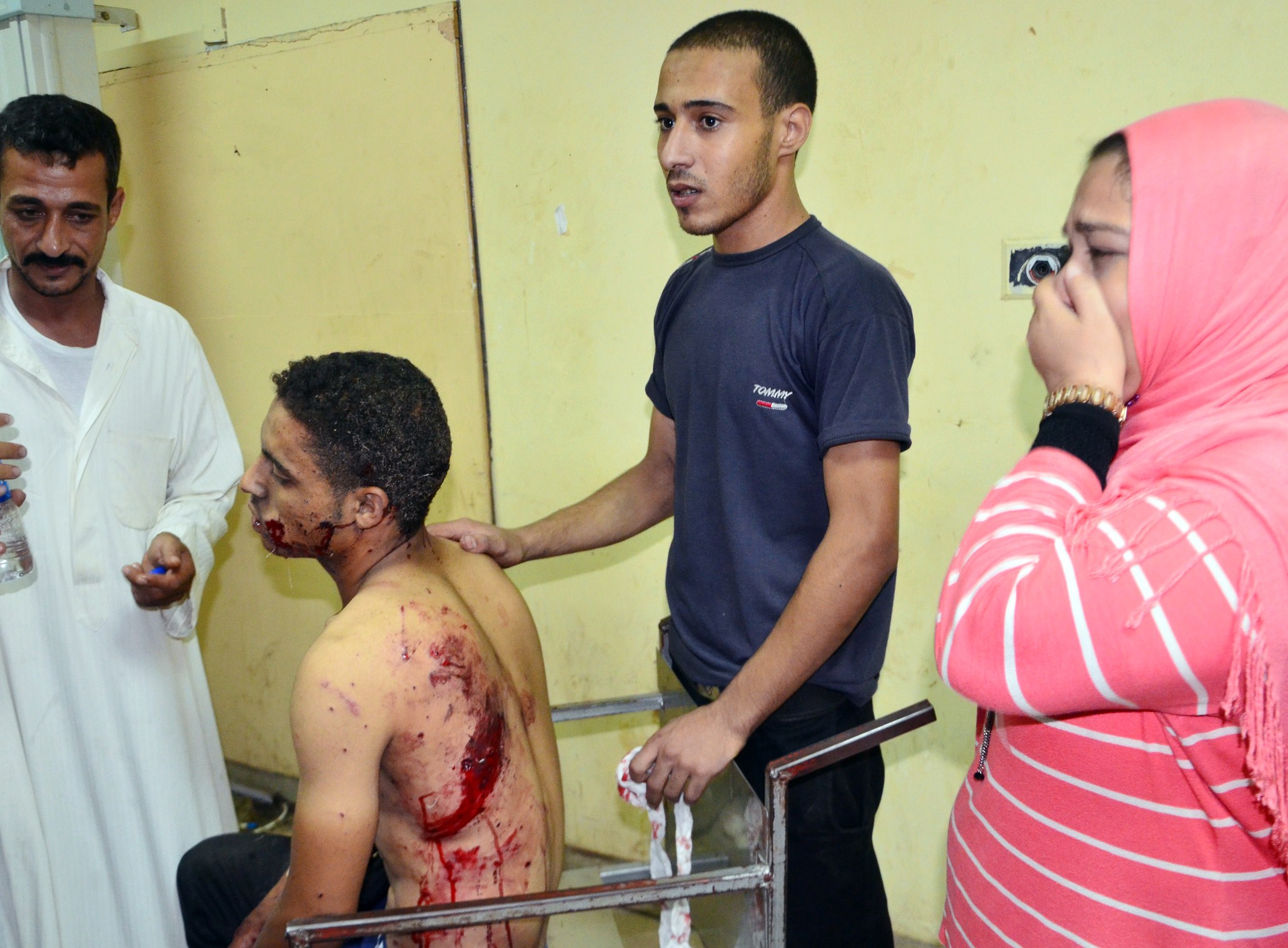 One person was killed and at least 28 injured when a bomb exploded in front of a police station in Mansoura shortly after midnight on Tuesday.

The Ministry of Interior released a statement on Wednesday stating that conscript Ibrahim Suleiman Saad died in the bombing, and Minister of Interior Mohamed Ibrahim expressed his condolences to Saad’s family.

The bombing also shattered the windows of the Daqahleya security directorate building and damaged a number of police cars.

“We call on the Egyptian media to immediately halt the dissemination of lies aimed at accusing the peaceful protesters nationwide of these crimes. We reiterate our warning of an apparent plan by security and intelligence agencies to plot violent attacks to terrorise citizens and then attempt to link these incidents to the peaceful protesters,” the statement read.

Ahmed El-Moslimany, the presidential media advisor, told state-owned Al-Ahram that the Mansoura terrorist attack would not weaken their resolve: “we won the war on terror before and we will win today.”

Secretary General of the Arab League, Nabil Al-Araby denounced the bombing, calling it a “criminal act that targets Egypt and threatens security and stability in the country.”

In a league statement on Wednesday Al-Araby called on all political groups to take immediate steps towards national reconciliation, “upholding the interests of the Egyptian people above any other.”

The Egyptian Organisation for Human Rights (EOHR) also denounced the bombing, calling on the Ministry of Interior to rapidly investigate the incident and bring the assailants to justice.

Chairman of EOHR Hafez Abu Seada stressed that such incidents are part of a plan to drag the country into a civil war.

Abu Seada called on all parties to stop bloodshed and warned against violence that would destroy the Egyptian state.

“Anyone who uses violence should be held accountable immediately,” he added.