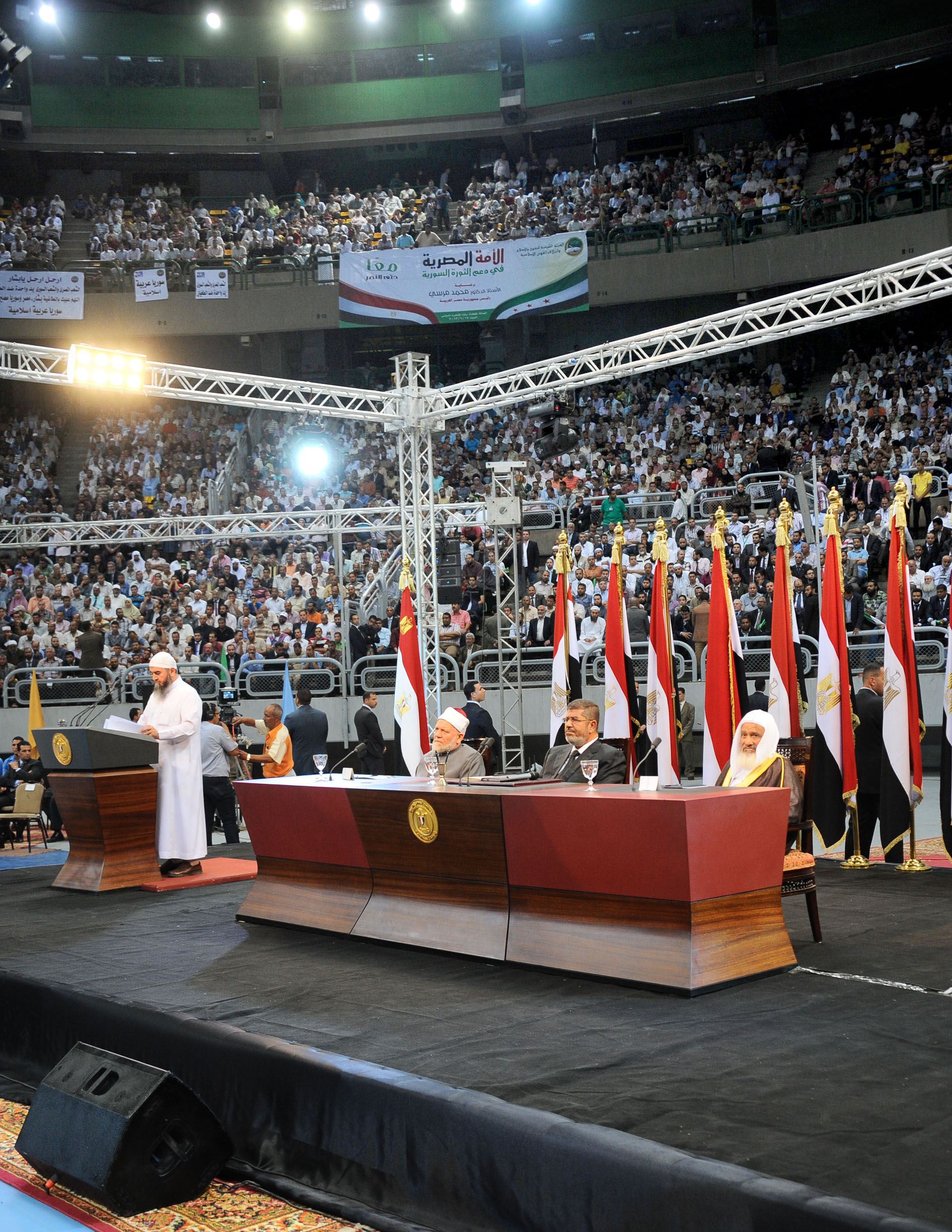 Representatives of the National Coalition to Support Legitimacy (NCSL) condemned General Abdul Fatah Al-Sisi’s call for demonstrations on Friday and accused him of inviting a “civil war” in a press conference on Wednesday.

Earlier on Wednesday Al-Sisi made a speech calling on the Egyptian people to take to the streets on Friday to give him authorisation to stop all violence and terror. The NCSL said that they considered Al-Sisi’s statement “a declaration of civil war and the start of nationwide massacres.”

They claimed that Al-Sisi’s “incendiary” statement is “proof of the disarray of the bloody revolutionaries who are ruling Egypt.” They compared the general’s speech to one by Bashar Al-Assad and said that they hold Al-Sisi fully accountable for “any bloodshed that is to happen.”

The NCSL promised to continue their “peaceful protests,” saying “nothing Al-Sisi could say or do” would cause them to use anything other than peaceful methods.

They accused Al-Sisi of being the “leader of the coup and the sole ruler of Egypt,” as well as “orchestrating all the massacres and murders by ordering war upon his own people.”

The coalition claimed that terror incidents in Sinai were orchestrated by the intelligence service as a justification for the army to break “our peaceful protesting and resisting.”

The NCSL called on Sheikh Ahmed Al-Tayeb, Grand Imam of Al-Azhar, Pope Tawadros II and all “nationalist groups” to clearly announce their position regarding Al-Sisi’s statement. The coalition also called upon the international community, specifically the United Nations and all Human Rights organisations to renounce Al-Sisi’s call.

The coalition called for the members of the “armed forces and the Egyptian police to not obey Al-Sisi’s orders to kill your fellow brethren” and avoid further bloodshed. They invited all Egyptians to peacefully protest “instantly and not stop until the military regime is brought down and the January 25th revolution returns with its ideas and its demands are enforced.”

The NCSL finally declared that the “blood of martyrs will always be victorious” and that they will never give up.

The coalition demanded an immediate trial of Al-Sisi, accusing him of various crimes against humanity and against his own people.