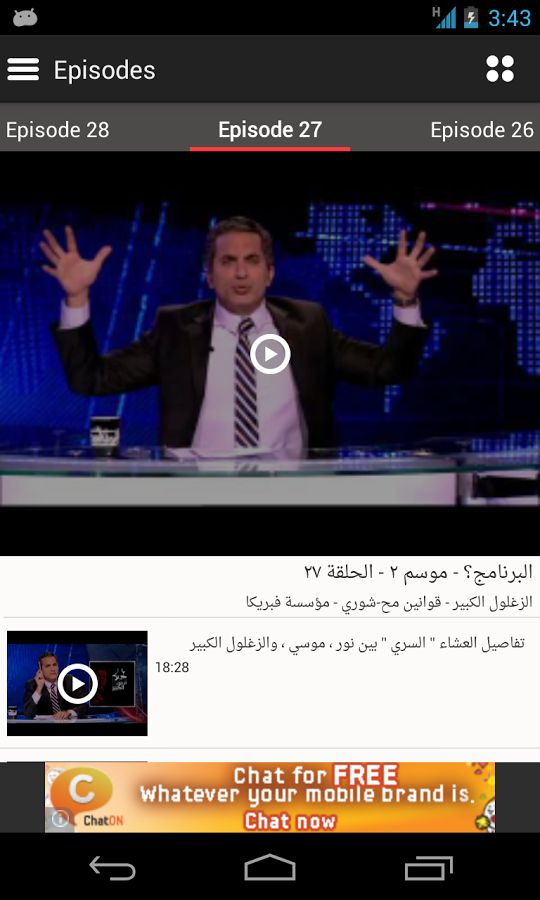 Dr Bassem Youssef’s popular satirical programme, Al-Bernameg, launched on Monday an official mobile application which allows its audience to watch all the show’s episodes on their devices.

The free-to-download application has a range of features, including a social media feed aggregator which updates users with the latest news of show, how to get tickets to attend the show and guest clips.

Ahmed Abbas, the general supervisor of Al-Bernameg said the mobile application was launched in response to high demand from fans for regular access to episodes, news and pictures of Youssef and his team.

“We believe this application will be a new and innovative way of interacting with our audience, and to link all our official social media platforms in one free application that is easy to use and available anywhere through mobile phones,” Abbas said.

The mobile application is available for iPhone and Android devices.

Al-Bernameg is the first political satire show in Egypt, filmed in front of a live studio audience and aired every Friday on the CBC satellite channel. The show’s host, Youssef, was originally a heart surgeon who turned satirist in March 2011 immediately after the January 25th Revolution, presenting his first satire show on Youtube under the name the B+ show.

The show begins with Youssef’s satirical news analysis, which highlights perceived hypocrisies of the government and public figures. The other segments of the show feature interviews with celebrities and performances by musical talents and standup comedians.