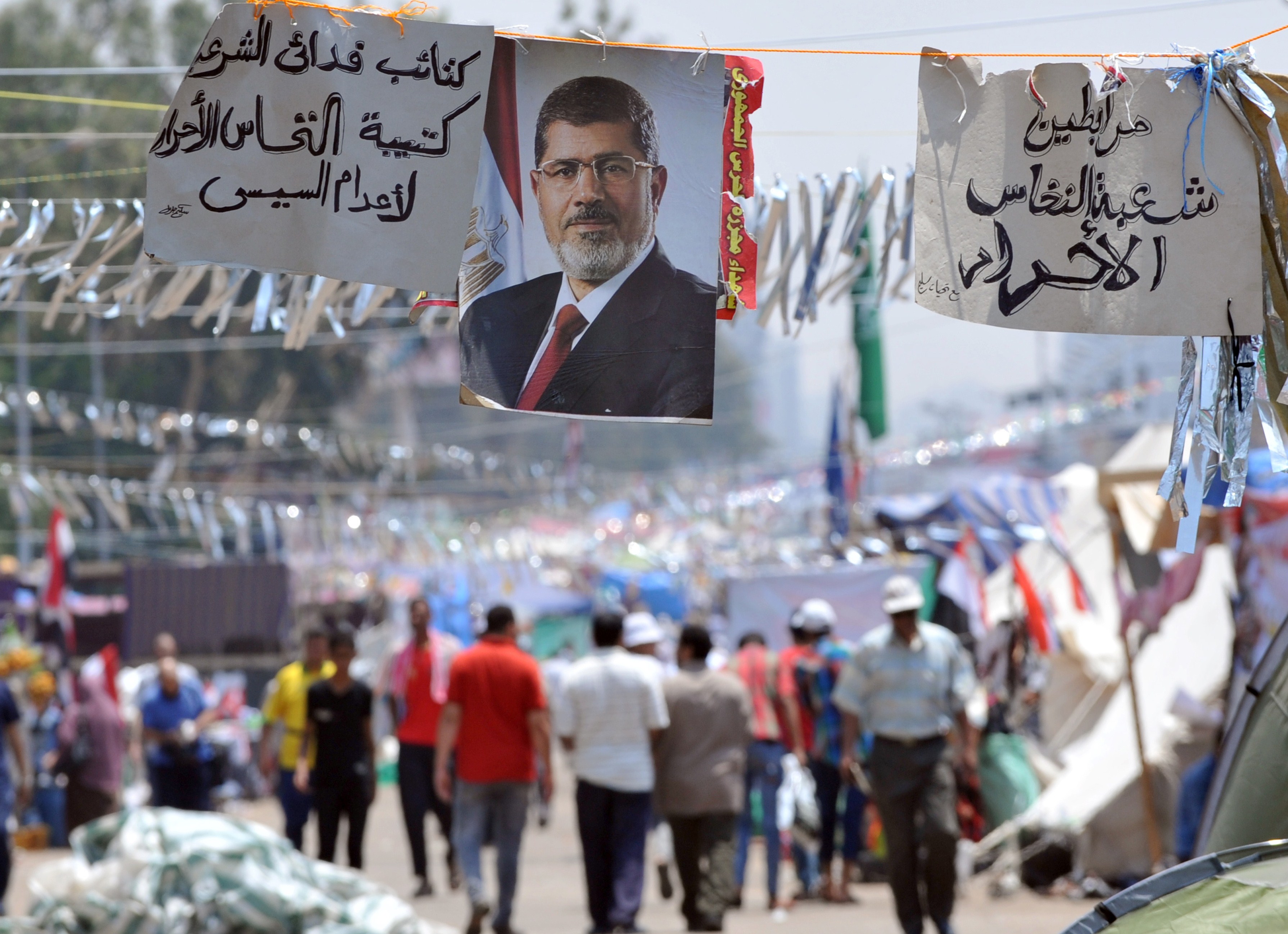 Hassan Abdel Wahab, Al-Tayar Al-Sha’aby leader, and two others were going to Rabaa Al-Adaweya to verify the news that a march that was headed to the Itihadiya Palace, the post said.

As they approached the mosque a group of people from the sit-in smashed the car Abdelwahab was in, then took him and his companions into the sit-in and attacked them, the movement claimed.

Abdel Wahab and his companions were released by the alleged assailants early Wednesday, and are filing a case for what happened at the Nasr City Police Station, the statement said.

Freedom and Justice Party Spokesman Mohamed Soudan said that he doesn’t know anything about this specific case, but denied that this sort of violence happens at Rabaa.

Soudan said: “These are rumours and lies. Come visit the sit-in and see for yourself. Muslim, Christian, everyone is welcome.”

He said that anyone is allowed in as long as they are not armed, adding that people across the political spectrum as well as foreigners have entered with no problems.

In a statement released on Tuesday, Al-Tayar Al-Sha’aby said that in response to the increasing violence across the country people should form popular committees on the streets in coordination with the security apparatus to protect the people. The statement also said that the violence taking place in Mansoura, Sinai, and Cairo is “organised terrorism” that has nothing to do with peaceful protesting.

The Anti-Coup Alliance, led by the Muslim Brotherhood, released a statement on Wednesday condemning the violence in Mansoura and denouncing all acts of violence. The statement said there is a plan by security apparatuses to “terrorise citizens and then accuse peaceful protesters.”