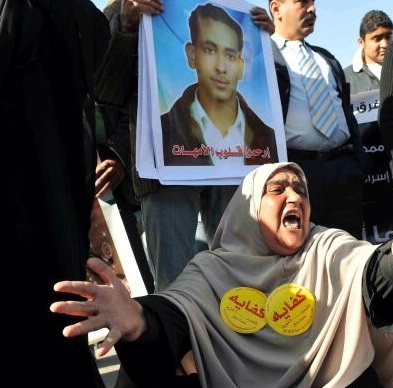 Ibrahim El-Demeiry, who accepted the post of minister of transportation on Monday, faces massive challenges in the six months ahead, given the frequency of road and maritime accidents in Egypt.

The Arab world’s most populous country has been the scene of numerous fatal transportation accidents over the past decades as consecutive governments have consistently fallen short in upgrading worn out utilities and railway networks as well as combating increasing recklessness among employees.

Although El-Demeiry is deemed a controversial pick by some for having held office during one of Egypt’s tragic rail accidents, logistics professor at Ain Shams University Mohamed Balah said El-Demeiry “has the experience that qualifies him for the position.”

“El-Demeiry was not responsible for the horrible train accident; it was the result of negligence on behalf of the employees at the time,” Balah said.

El-Demeiry resigned from his post as a transport minister in 2002 after more than 350 passengers were killed by a blaze in a train connecting Cairo to Aswan which broke out about 70km south of the capital.

Despite the case being taken to court, around 11 workers from the Egyptian National Railways were later acquitted.

The Ministry of Transportation, responsible for the development of road infrastructure, improvement of maritime transportation, the Nile’s ports and the monitoring of buses and metros, faces daunting challenges.

Egypt, known for its long history of tragic road accidents, train crashes and sinking ferries, has a road traffic fatality rate of 42 deaths per 100,000 population according to a 2012 report by the World Health Organisation (WHO).

Balah explained that the diverse branches within the ministry make it hard to create a cooperative working environment, as each branch has different work practices.

“The problem is that there are many branches that exist within the ministry and the ministry is responsible for each one of them, however, workwise, they’re sometimes not related to one another, and there’s difficulty in managing the branches,” he said.

Balah added that there have been previous negotiations on dividing the transportation ministry into two main divisions; one that focuses on land projects and another one that tackles navigation services.

However, the rate of progress at which such governmental projects develop depends mainly on funding, either from the government or from foreign investors, Balah explained.

“Unless the government offers clear guarantees to the investors to protect their rights in case of any sudden political change, the pace of development will remain slow,” he said.

He additionally emphasised the need for the government to provide assurances that also secure Egyptians’ right to their land, and offering reasonable land prices for transportation projects.

“We’ve heard many times about lands and ports given for 20 piasters per metre, which is of course unfair,” he said.

On the other hand, Khaled Hanafy, dean of the transportation and logistics department at the Arab Academy for Science and Technology and Maritime Transport said: “the government should seek logistical approaches rather than adopting operational mechanisms, which would entail the ministry finally having an economic vision of development”.

Hanafy added that it is imperative to create an “integrated organisation” that encourages foreign investments.

“Ending the constant road disruptions and finalising construction work on the roads should be a priority for the ministry,” Hanafy said when asked about the new ministry’s priorities.

On what he believed to be the biggest obstacle ahead, Balah cited the development of Sinai’s infrastructure.

Egypt loses about 12,000 lives due to road traffic crashes every year, with 48% of those killed are passengers of four-wheelers, while pedestrians constitute 20% of these fatalities, the WHO reported.

“Even though there are laws on speed, blood alcohol content, the use of seat-belts and helmets, they are poorly enforced,” the WHO said on its website. “In addition, there is no adequate provision of infrastructure for non-motorised modes of transport.”