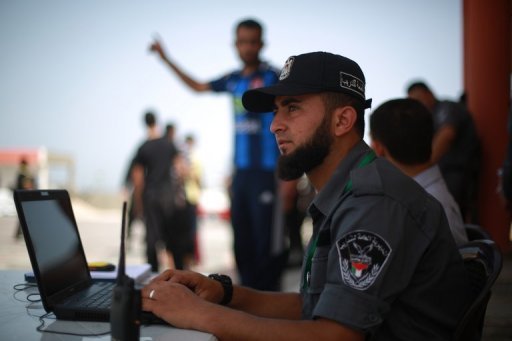 “The Attorney General decided to close down Al-Arabiya and Maan offices in Gaza for distributing false news regarding the smear campaign against Hamas and Gaza about what’s happening in Egypt,” a Hamas official told AFP.

A Maan staffer and a Hamas official, who both requested anonymity, told AFP the agency was being temporarily shut for a report — citing Israeli sources — saying that Hamas gave refuge in a Gaza hotel to fugitive leaders of the Egyptian Muslim Brotherhood.

Saudi-owned pan-Arab channel Al-Arabiya did not immediately reveal the reasons for its office closure.

“We received the closure notice and an official statement from Al-Arabiya will be published to respond to this decision,” its Gaza correspondent, Islam Abd Al Kareem, told AFP.

On July 14, Egyptian investigators began questioning ousted president Mohamed Morsi and members of his Muslim Brotherhood over their escape from jail during the 2011 uprising that put them in power.

The enquiry relates to the escape by Morsi and dozens of Brotherhood members from Wadi Natrun prison during the revolt that ended former president Hosni Mubarak’s three-decade rule.

Morsi, Egypt’s first freely elected president, was toppled in a military coup on July 3 after millions of people took to the streets calling on him to step down.

On July 9, Hamas spokesman Sami Abu Zuhri called on the Egyptian media “to stop its campaign of defamation against Hamas and the Palestinian resistance and its attempts to involve them in the situation in Egypt”.

In its coverage of the Egyptian upheaval, Al-Arabiya has aired live footage of anti-Morsi protests in Cairo’s Tahrir Square and called the coup that overthrew him a “second revolution”.

Its main rival Al-Jazeera is funded by Qatar, a supporter of the ousted Morsi and patron of Hamas.

Qatari emir Sheikh Hamad bin Khalifa al-Thani was given a red-carpet welcome in Gaza in October when he became the first head of state to visit the coastal strip since Hamas took over there in 2007.