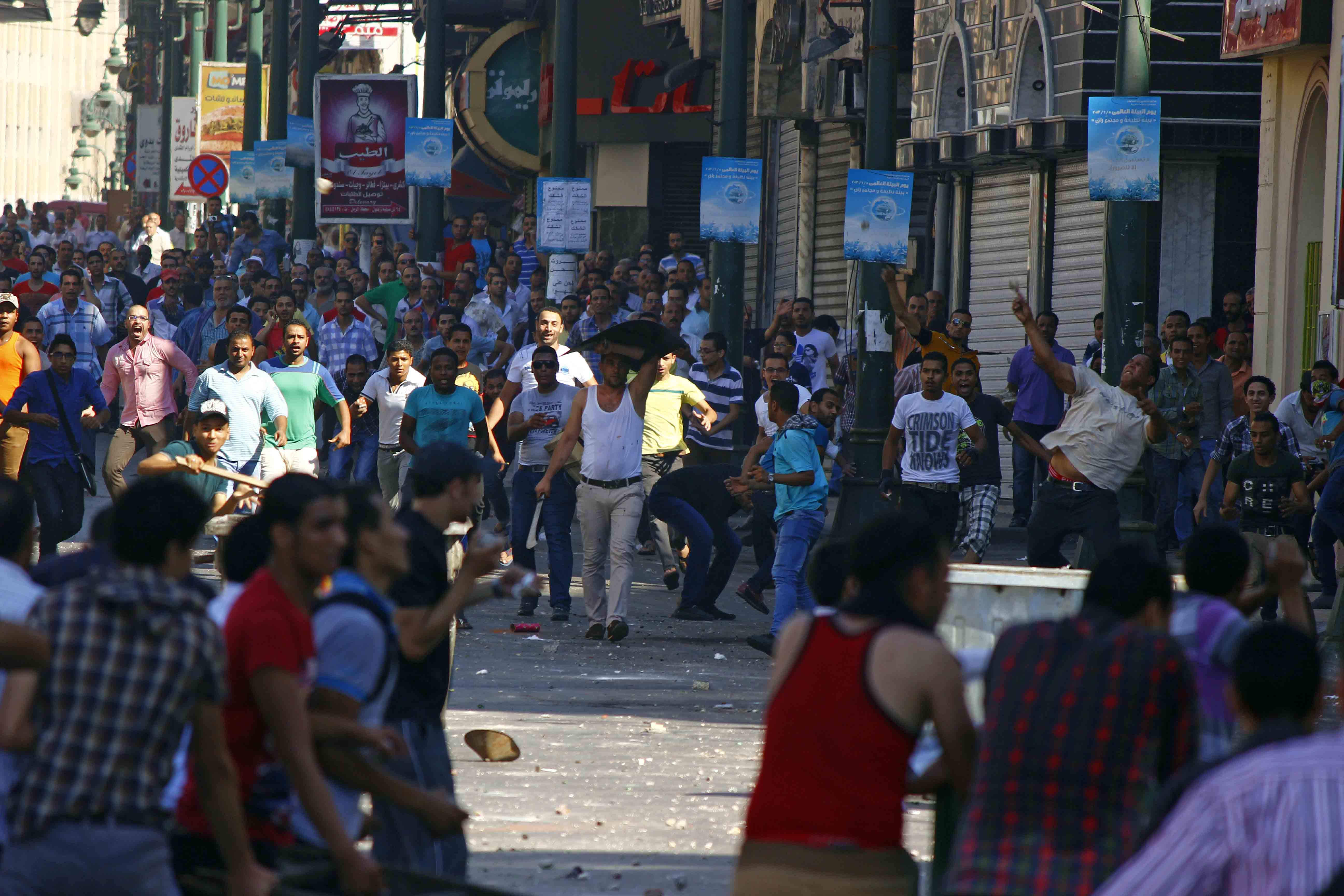 Clashes erupted in Alexandria between opponents and supporters of ousted president Mohamed Morsi, when the latter staged a sit-in near Al-Qaed Ibrahim Mosque, leaving two dead and tens injured.

Ahmed Arab, a resident of Alexandria, said: “Clashes erupted on Friday afternoon, after residents from Alexandria protested at Al-Qaed Ibrahim where Morsi supporters were protesting.”

Mohamed Soudan, Freedom and Justice Party spokesman in Alexandria, said: “a group of thugs shot live bullets at pro-Morsi protesters while praying,” adding that most of them left their prayers and ran for cover.

“In return, to defend themselves, pro-Morsi protesters left the prayer and threw rocks at thugs and policemen,” said Soudan.

“Israel itself does not do this; all these people are fasting and were praying yet they were shot with bullets and tear gas, special thanks must go to [Commander-in-Chief of the Armed Forces Abdul Fatah] Al-Sisi for creating such a day,” said Soudan.

“Another clash occurred at Abou Keer, as pro-Morsi protesters marched and Alexandrian residents threw rocks at them,” said Arab.

Meray Wafik, a resident in Alexandria and a protester in Sidi Gaber said: “We don’t want violence, everyone in Alexandria is well aware that Al-Qaed Ibrahim is where the Muslim Brotherhood always protest.”

Clashes are still on-going between rival protesters, despite a massive police and military deployment.