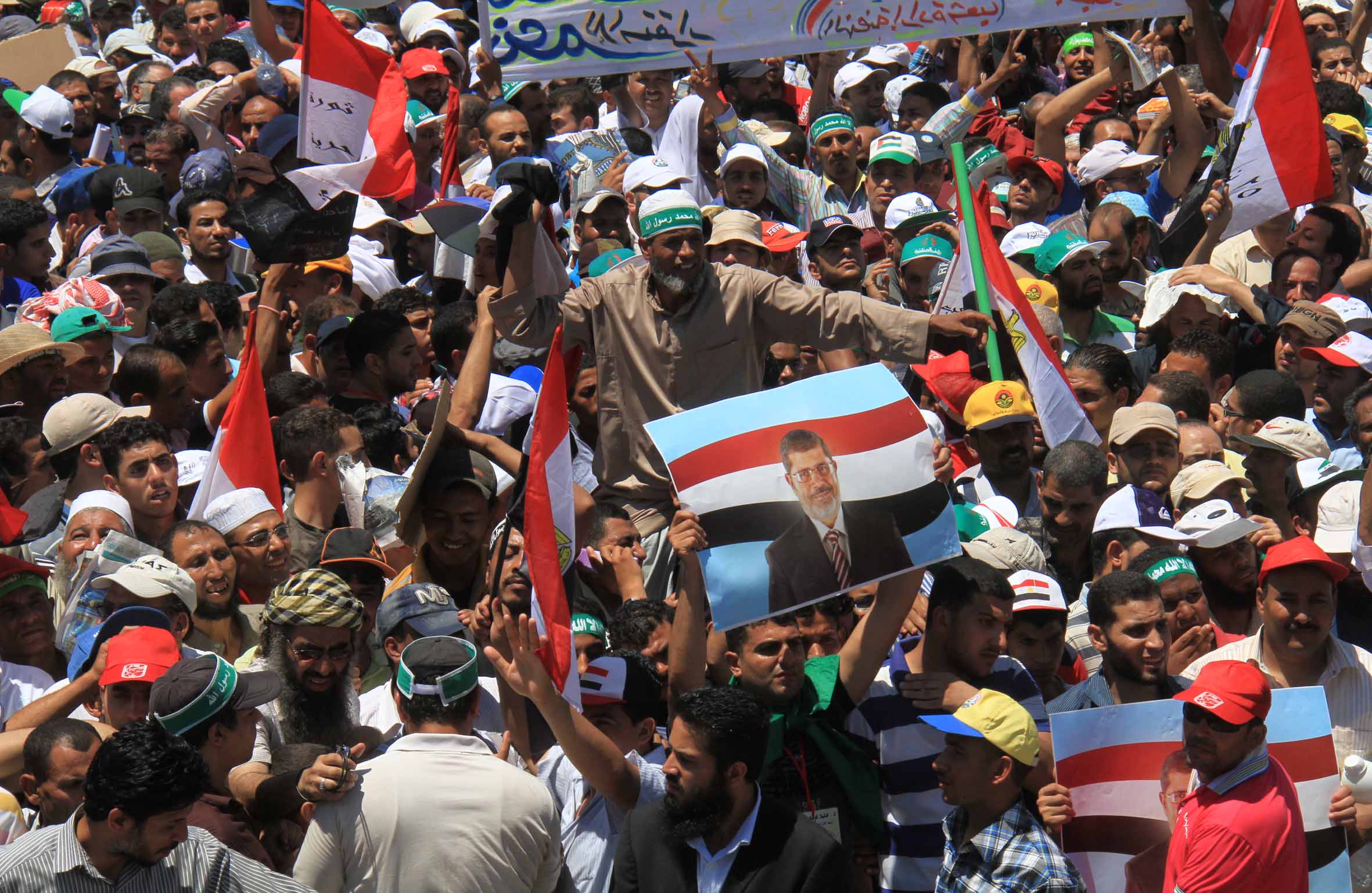 This Friday’s marches have been dubbed by former president Mohamed Morsi’s supporters as the “Friday of bringing down the coup.”

They plan to hold 33 marches after Friday prayers to raise their demand. The Freedom and Justice Party released a list of the marches inside Cairo and Giza, adding that marches will also be held “in all of Egypt’s governorates.”

Of all the marches 21 are in the Governorate of Cairo and the remaining 12 are in Giza.

In Shubra Al-Kheima, there will be a march starting at Al-Taqwa Mosque. A march will also begin from Al-Fath Al-Khalafawi Mosque in Al-Mamaleek Square.

Marches are also planned to start at Al-Hamad Mosque in the Fifth Settlement and Al-Mahdy Mosque in Al-Salam City.

In Helwan and Maadi, marches will start at Al-Maraghy Mosque and Al-Riyadh Mosque, respectively.

Marches are set to take off from Abu Bakr Al-Sedeeq Mosque in Dar Al-Salam, Al-Tawheed Mosque in Ghamra and Al-Nour Mosque in Abbassiya, as well as Al-Rahman Al-Raheem Mosque on Salah Salem Street.

There will also be a march from Al-Salam Mosque in Nasr City.

Marches will start at Al-Sabah Mosque, Al-Rahma Mosque and Mashary Mosque, all three located in Al-Haram area. Two marches will start at 6 October Al-Hossari and Ragheb mosques. Finally, marches are set to begin at Al-Tawheed Mosque on Faisal Street and Khatem Al-Morsalein Mosque in Al-Omraneya.