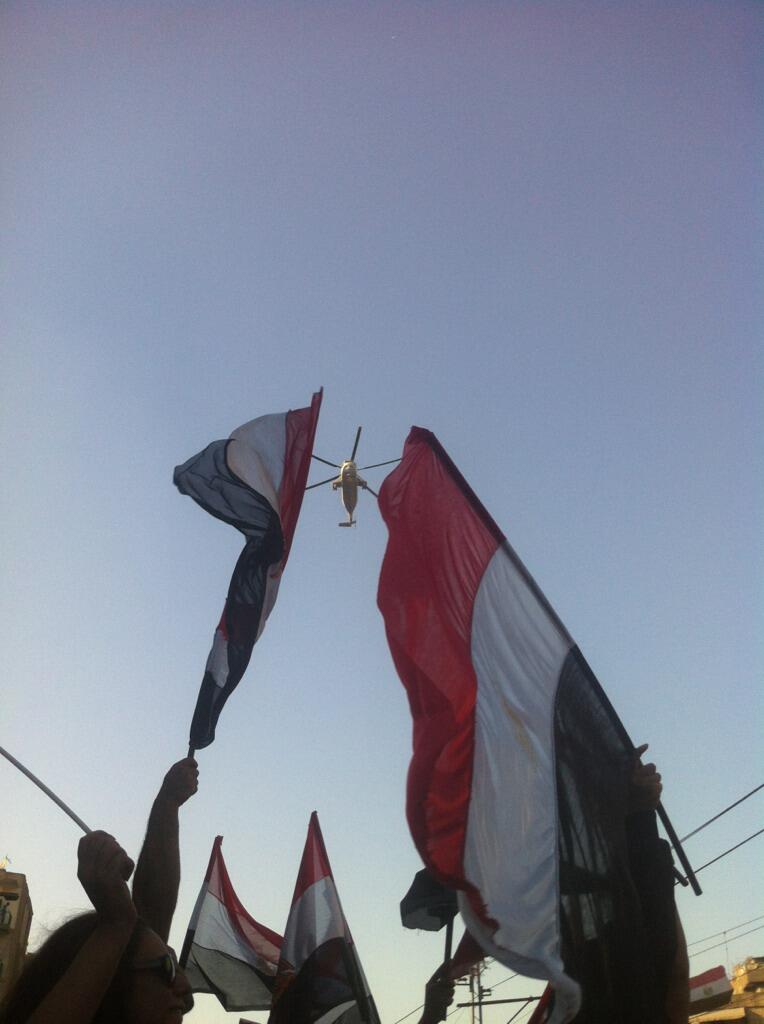 By Charlie Miller and Joel Gulhane

Thousands marched to the presidential palace in Heliopolis in response to interim Minister of Defence Abdul Fatah Al-Sisi’s call for the people to give the armed forces a mandate to fight “violence and terrorism”.

The marchers held signs and banners calling for the armed forces to protect them against what some described as “Muslim Brotherhood terrorism”.

One such march departed from Al-Hegaz Square and was attended by thousands of men, women and children. As low-flying military helicopters circled overhead, marchers waved flags and cries of “the army and the people are one hand” and “long live Egypt” erupted through the crowds.

As the march neared the presidential palace demonstrators took turns carrying a policeman on their shoulders amid chants of “the people and the police are one hand.”

Saeed, who had traveled from Suez to demonstrate, said: “we want freedom, we don’t want terrorism.” He also accused Palestinians and Syrians of being “thugs” and blamed them for the recent violence in Egypt.

Soad El-Hanna marched from Al-Qubba palace to break her fast next to the presidential palace and said: “I come to the palace regularly to demonstrate that the army and the people can stand together because I am against terrorism.” She added: “I want it to be documented how many people are here.”

Another demonstrator kissed a picture of Al-Sisi and when asked why he replied: “because I am against terrorism.”

There was a celebratory atmosphere at the palace as many sat down on the ground to break their fast at sunset. Hundreds of people continued to arrive at the time of writing.