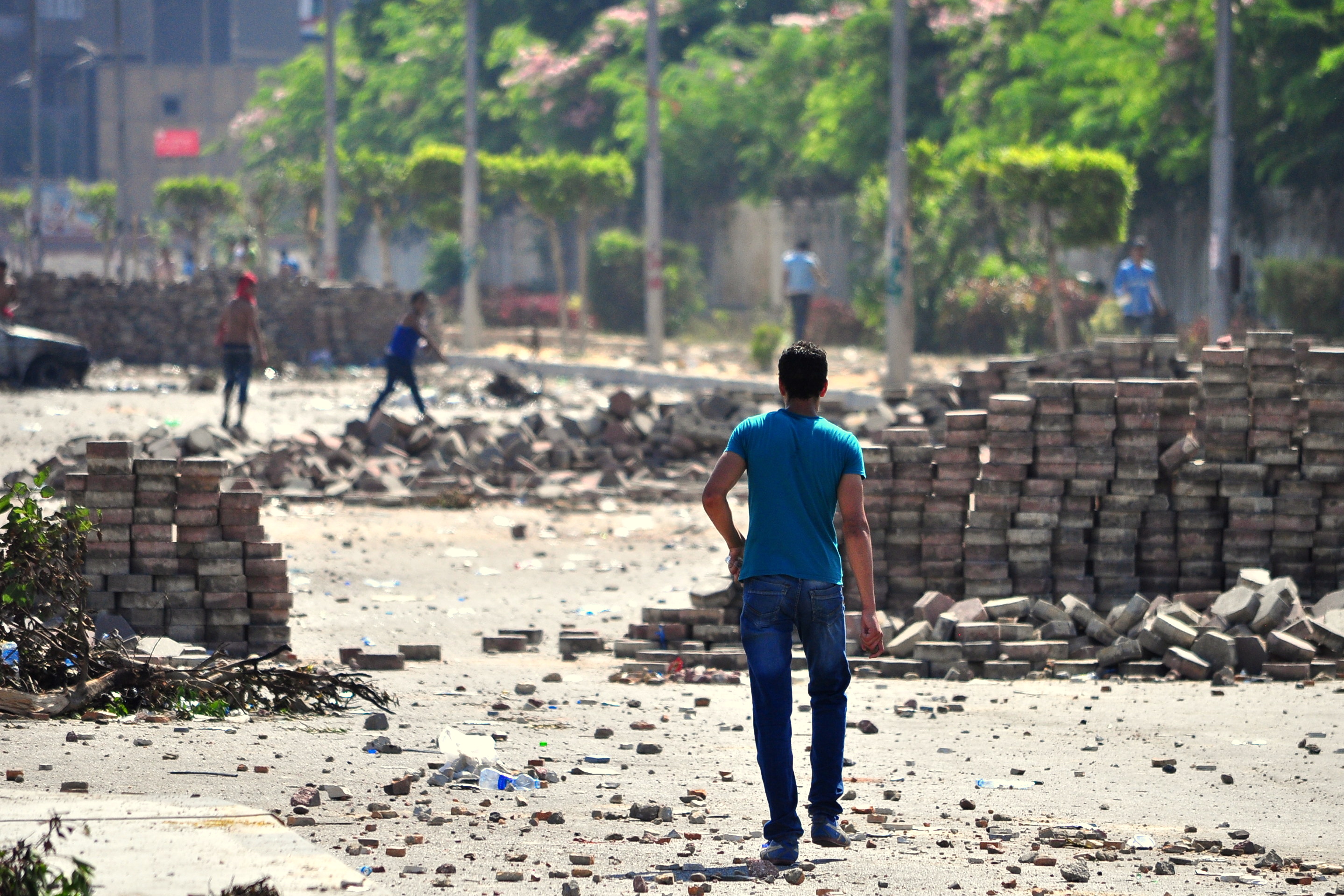 The Turkish Foreign Ministry condemned the Egyptian security forces’ attack against the Rabaa Al-Adaweya protesters in a Saturday statement.

The ministry said: “It is crucial that demonstrators, who until now expressed their righteous demands for return of democracy without applying violence, not be dragged into provocations.”

The foreign ministry said this incident shows how important it is to respect public will and to allow for peaceful protest, since “incorrect stances taken against civilian protests” won’t help with the democratic transition.

The ministry said it is the security forces’ responsibility to protect all citizens, adding that an inclusive political process is crucial, and that Turkey is ready to help in the democratic process in any way needed.

Freedom and Justice Party (FJP) Spokesman Mohamed Soudan said on Saturday that people are living through the worst times Egypt has ever experienced in response to the violence near Rabaa.

Soudan said this is the “third massacre,” with the first being at the Republican Guard, the second being around 11pm at Rabaa when 11 people died, and the third being at 6am on Saturday when 200 people dead, and over 4000 were injured.

“No one even said anything about it. The media is silent; the human rights organisations are silent. This was murder in cold-blood,” Soudan said.

He said that General Commander of the Armed Forces Abdul Fatah Al-Sisi is “much worse” than former president Hosni Mubarak, claiming that the current period is worse than the British occupation or the king.

Soudan claimed that not even Syrian President Bashar Al-Assad is this bad. “We’ve become worse than Bashar’s reign.”

He said that marches leading to Rabaa couldn’t all fit inside so they had to use up more space, and people spread towards Al-Azhar University, not October Bridge.

He asked: “Why weren’t Tamarod and the Black Bloc treated the same way when they cut off the October Bridge or occupied Tahrir for a month, or break in the Hilton Semiramis [hotel]?”

Vice President of the FJP Essan El-Erian called on “all free humans that have a conscience” to stop firing at the protesters, on his Facebook page on Saturday.

Erian said: “They [protesters] are your brothers in religion and nation, they’re Egyptian. Don’t take part of this crime.”

He posed a question to those who work in human rights organisations: “Where are your consciences? Why are you quiet?”

Erian directed a comment at the United Nations and the United States of America telling them this incident is the result of them “being quiet or supporting the fascist bloody coup.”

He told the UN and the US to admit that this was a military coup that must be ended in order to return to legitimacy.

The Misr Al-Qawia Party said in a statement on Saturday that the army’s mandate was currently “to kill and not a mandate to resist terrorism,” and called on the current government to step down immediately, as it is not able to protect its citizens or provide the proper medical care to save those injured.

Misr Al-Qawia urged the immediate halt of all violence performed by the “ministry of interior and its thugs.”

The statement also demanded an investigation into the massacre, and a stop to all “biased media campaigns that incite hatred and strife between the people.”

Founding member of Tamarod, Mohamed Heikal, claimed that the pro-Morsi protesters were the ones that instigated the violence, since they built walls on Nasr Road two kilometres away from the sit-in and shot firearms at the police while hiding behind them. He said: “How else could the police react?”

Heikal said: “The Muslim Brotherhood leaders are insistent upon igniting these massacres in order to persuade public opinion and media. The Brotherhood sent its members to instigate violence.”

He said that the Brotherhood always tries acting like they’re the ones being persecuted, while they quietly make threats.

Ahmed Hawary, June 30 Front spokesman, said that what happened is very saddening, despite any political or non-political differences that exists. He claimed the problem is that a lot of the Brotherhood members are armed, so non-violent measures don’t work with them.

Hawary said: “The situation is very complicated, there isn’t enough information, and things are getting worse.”

Heba Yassin, spokeswoman of Al-Tayar Al-Sha’aby said a transparent investigation needed to be launched in order to hold everyone who is responsible for the blood spilt accountable, and affirmed that everyone has the right to protest as long as it is peaceful.

The Egyptian Organisation for Human Rights (EOHR) deplored the violence in a statement on Saturday, and demanded self-restraint and a stop to political incitement to violence.

Hafez Abu Sa’ada, EOHR president, said this and other related incidents indicate that there is a plan to drag the country into a civil war.

The organisation demanded an autopsy report for the deceased in order to identify the perpetrators.