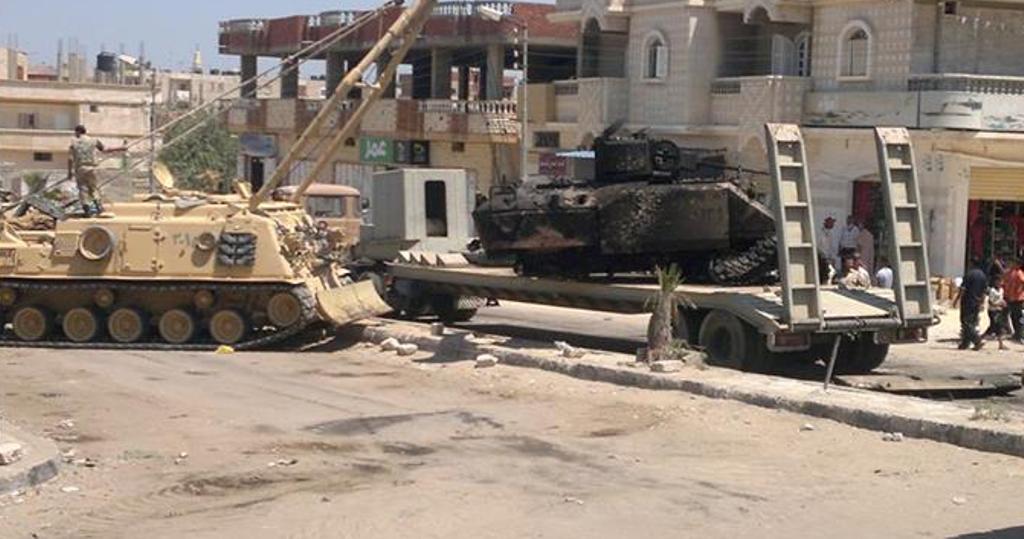 Attacks in Sinai have continued for the fourth week as unknown assailants attacked police stations and checkpoints in Arish three times on Saturday.

One of the attacks, which occurred during evening prayers, injured an officer, Mostafa Nabil who was transferred to Arish military hospital.

Another officer, Sayed Ahmed Mohamed, who was injured in a separate attack on Friday in front of Sheikh Zuweid police station, died on Saturday night.

Assailants also attacked a police club in Arish injuring one security personnel on Saturday, as well as a checkpoint near the National Bank in Central Arish, the military prosecution building, an armed forces camp in Rafah and a resort in Arish.

Police returned fire in all instances, however no injuries were reported.

Authorities reported they had arrested several armed men who were “monitoring” the movement of security forces in South Arish and Arish airport areas.

Four of those who attacked Arish police station were arrested, one of whom was injured and later transferred to Arish general hospital amid tight security.

Seven others were arrested in Mazarea area south of Arish, with security sources saying they had been transferred to Cairo for further investigation.

On Thursday, local tribal representatives had met with Ministry of Defence officials to discuss the current situation in Sinai.

Representatives from 60 Bedouin tribes in the peninsula met with the assistant defence minister and “authorised the armed forces to fight terrorism,” according to military spokesperson Colonel Ahmed Ali.

During the meeting, they discussed the role of tribesmen in fighting terrorism in Sinai. The tribal representatives demanded a role in drafting the constitution, the admission of more Sinai residents into military colleges, and the retrial of Sinai detainees with the release of those proven innocent.