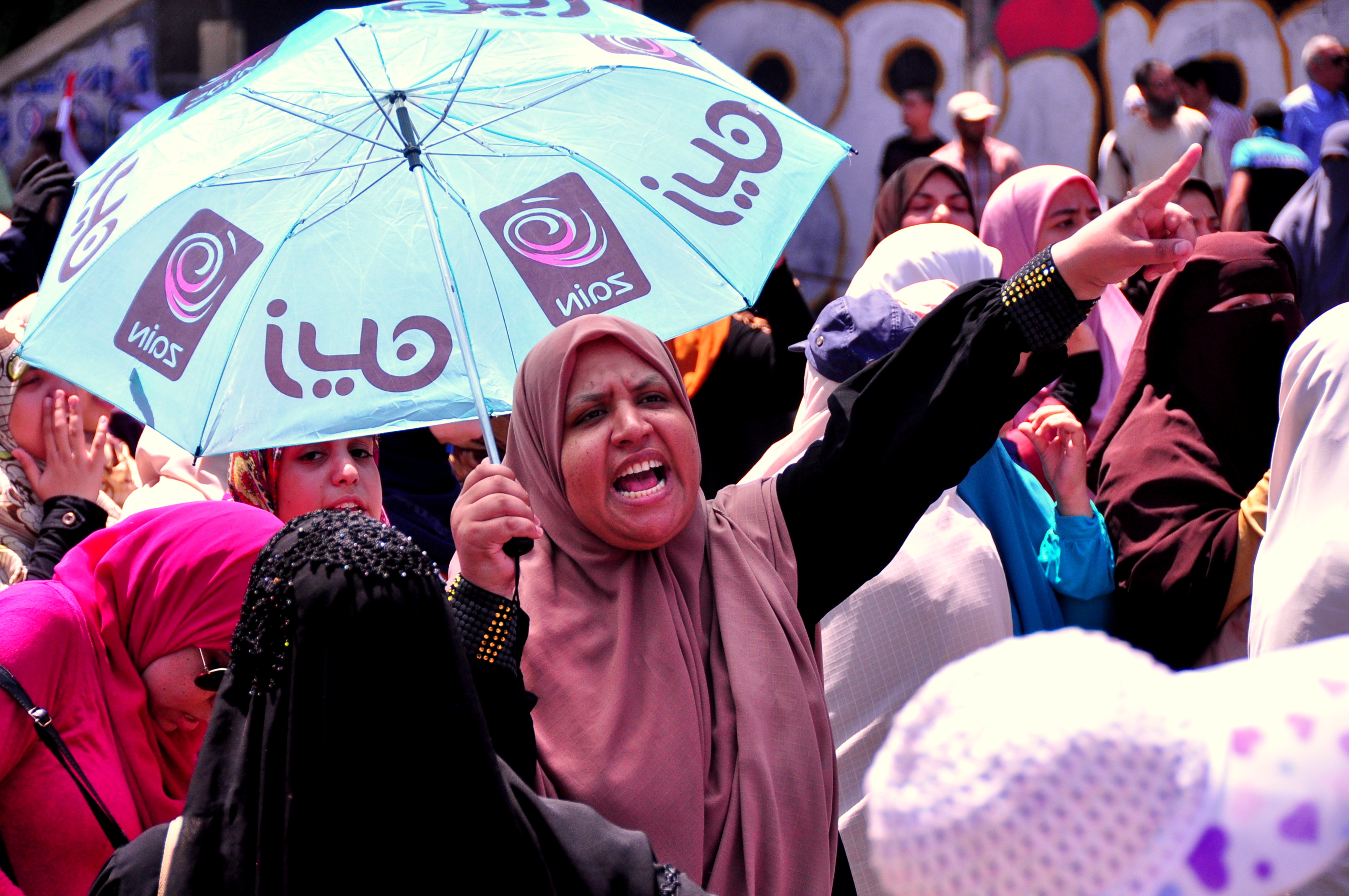 The National Council for Women (NCW)denounced the Muslim Brotherhood’s “attempts to marginalise and exclude women from the political scene”, in a Sunday statement.

The council described the year during which the Brotherhood ruled as the “worst and most cruel [year] for Egyptian women.”

“I can’t comment on such criticism in a time when peaceful Egyptian protesters are being killed,” said Sabah El-Saqary, women secretariat of the Freedom and Justice Party, the Brotherhood’s political wing.

NCW’s statement outlined the council’s efforts to resist the adoption of the constitution, which was passed on 25 December 2012.

The council said it opposed the formation of the committee because of its violation of the law and its attempt to implement “sectarian division in the Egyptian community.”

“The council presented a list of nominees to the committee, which included a lot of qualified and experienced women, but none of them were chosen and the council itself was not represented in the constitutional committee, despite its role to advance women’s roles in Egypt,” the statement said.

The council also criticised Article 68 of the constitution, which puts restrictions on women through the implementation of Sharia law, which “opens the door to various opinions of religious scholars allowing the legalisation of the marriage of 12-year-old girls or the allowance of female genital mutilation,” according to the statement.

The statement added that such practices, which have been promoted by religious scholars, are not related to the true Islamic Sharia.

The statement also condemned a suggestion made by the former Shura Council to convict women who have been sexually assaulted during protests.

The council described such a suggestion as “a setback in women’s rights” in Egypt.

The Women’s Parliament group, a human and women’s rights group, also offered the Legal Experts Committee working on amending the constitution with some suggestions, which include women’s rights to participate in political, social, cultural and economic life in Egypt, gender equality, respect towards international women’s rights agreements and the illegalisation of civilians going on trial in military courts.